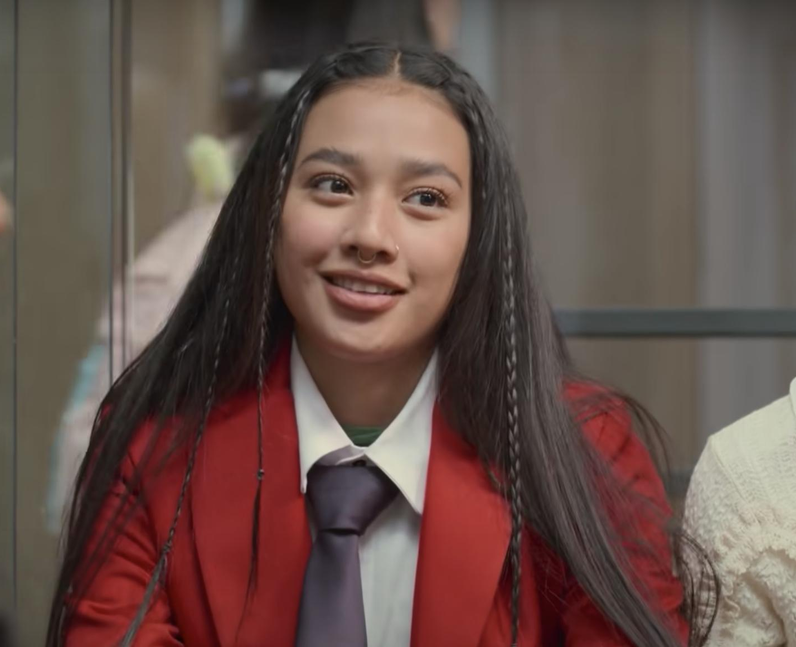 Lizeth Selene plays Andrea Agosti a.k.a. Andi in Netflix’s Rebelde. Cool girl drummer Andi arrives at EWS, eager to get away from her mother and her mother’s unsupportive boyfriend. Lizeth is fairly new to the acting world. She previously appeared in Netflix’s 2021 comedy Bankrolled as Borealis. Much like several of her co-stars, Lizeth is also a musician and model in real life. She has appeared in campaigns for the likes of MAC Cosmetics and Nike. [Netflix]