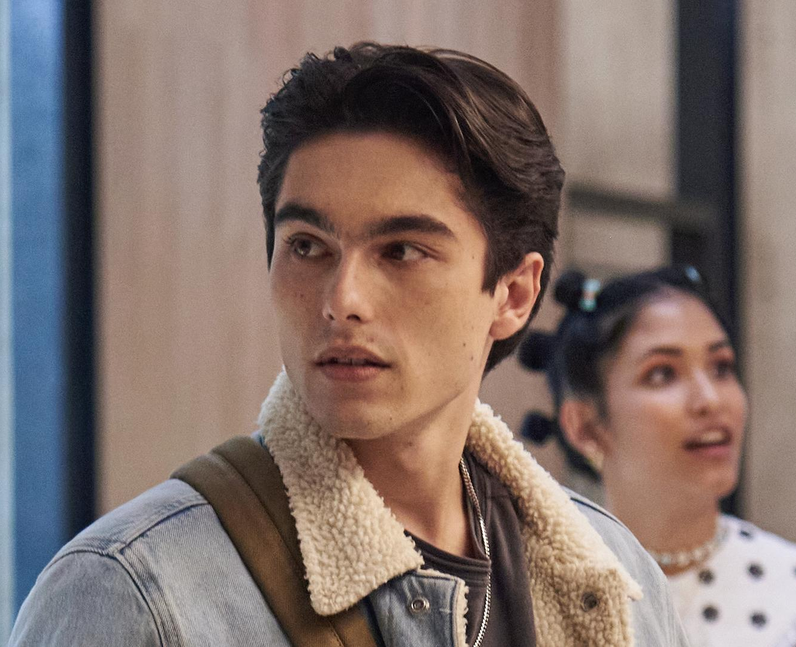 Sergio Mayer Mori plays Estéban Torres in Netflix’s Rebelde. Estéban is an exceptionally talented scholarship student at EWS, who turns down a spot at a prestigious conservatory in favour of studying at the school. Outside of acting, Sergio is a musician and a model. The 23-year-old has appeared in 2016 movie The Patriarch, and has also acted opposite his parents. His mother is actress Bárbara Mori, and his father is actor and politician Sergio Mayer. [Netflix]