This image appears in the gallery:
Netflix's Sex Education: Meet the cast 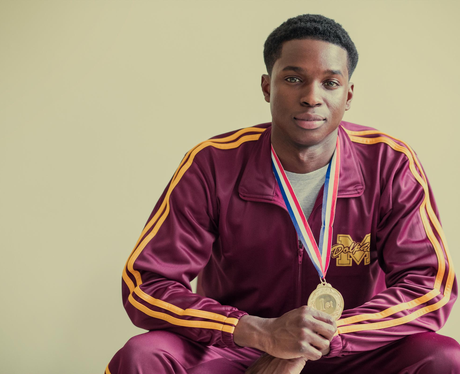 Jackson, Moordale's star swimmer and Maeve's ex-boyfriend is played by Kedar Williams-Stirling. Kedar is one of the more experienced screen actors on the show, having earned many credits on British TV shows such as The Bill, Doctors, Silent Witness and Wolfblood. He is 24-years-old. [Netflix]