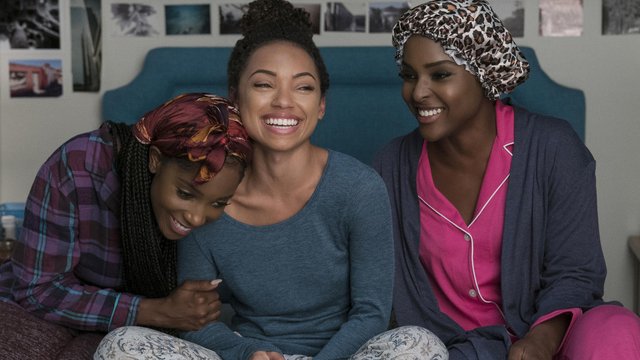 The best new shows on Netflix in May are coming. Here is everything you can look forward to this in May 2018.

You can always count on Netflix to come through with the best new shows, riveting new series, and must-see weeklies available. April has come and gone, so it's on to May. Here are the shows so good you'll want to clear all your weekend plans this month and settle into a good ol' fashioned binge sesh.

'My Next Guest Needs No Introduction With David Letterman: Tina Fey' - May 4

David Letterman continues his prolific interview series by sitting down with iconic comedy writer, performer, and SNL alum Tina Fey. Watch the interview from May 4.

After a horrific virus wipes out most of the population, two siblings must embark on a journey toward safety. Watch Netflix's first Danish production, streaming on Netflix starting May 4.

ITV's sharp and witty dramedy series about a British family that moves to the Greek Island of Corfu is on Netflix this month. Stream The Durrells on Netflix starting May 3.

Editor's pick: Watch The Rain on Netflix from May 4. We know, we know. You've had your fill of post-apocalyptic dramas. However, after 2017's German sleeper hit Dark hit our screens, we're definitely excited about the foreign language originals being commissioned by Netflix.

New seasons on Netflix May 2018

Dear White People returns in May with a poignant look at the politics of race at a modern university campus. Stream the new season on Netflix starting May 4.

The highly anticipated fourth season of Unbreakable Kimmy Schmidt will be divided into two parts this year. Half of the season, the first six episodes, will be made available from May 30. The second half will drop later in the year. Catch Kimmy, Titus, and Lillian at the end of May.

Get seriously scientific with Bill Nye in season 3 of Bill Nye Saves The World. He's back with science experts, science experiments, and plenty of celebrity guests. Bill is back on Netflix from May 11.

Courtesy of ITV comes season 2 of The Frankenstein Chronicles starring Sean Bean.  The second season of the six-part crime drama will stream on Netflix from May 1.

Things are heating up. ITV's Love Island season 1 & 2 will be available on Netflix from the first of May.

Season 2 of BBC's gripping period drama, Poldark will be available to stream on Netflix from May 6.

Scandal may be officially over, but those in the US who aren't caught up can stream season 7 of the Shondaland staple on Netflix from May 19.

via The Toys That Made Us Facebook/Netflix

No, we're not toying with you. The Toys That Made Us season 2 is available to stream on Netflix from May 5.

Editor's pick: We're suckers for a bit of Kimmy Schmidt. We'll be staying in the weekend of May 30 to watch the hilarious shenanigans of Kimmy and the gang.

'The Break With Michelle Wolf'- May 27

The Riverdale finale will stream on Netflix on May 17. Till then, make sure you've got your eyes to the Netflix skies on Thursday, 3, 10, and 17 of May.

The outlandish and over the top CW reboot of the classic soap opera streams all throughout May.

'Shadowhunters: The Mortal Instruments' - May (season 3)

Shadowhunters is moving full speed ahead this season. New adventures, new adversaries, and new battles to win. Make sure you stream the new season of Shadowhunters on Netflix all throughout May.

There should be a law against missing Drag Race, especially when it's available every Friday on Netflix. Just stream it, already.

The season finale of The Joel McHale Show will air on Sunday, May 13. We'll miss Joel during the hiatus but you can always go back and re-watch the whole season on Netflix.

Editor's pick: We're enjoying the delicious drama of CW's Dynasty. We'll be watching all month and you should be too.