On My Block Season 2: Release Date, Cast, Trailers, And Everything You Need To Know 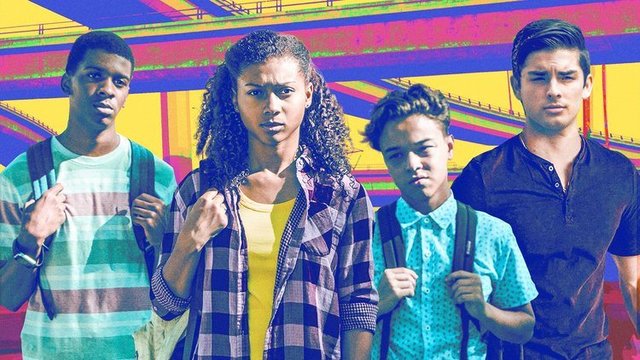 'On My Block' officially returns to Netflix March 2019. 'On My Block' is Netflix's dramedy about a group of friends living in an inner-city neighbourhood. After season one's dramatic cliffhanger, fans are eager to know whether Ruby and Olivia survive and what they can expect from 'On My Block' season 2.

Netflix dropped season one of On My Block all the way back in March 2018 and, since then, fans have been hooked and eager for updates on the show's second season. It has now been confirmed that On My Block will be back for season 2 on March 29, 2019.

The show's first run ended on a massive cliffhanger and fans are eager to discover the fate of Ruby and Olivia who appeared to be in mortal peril when season one wrapped. 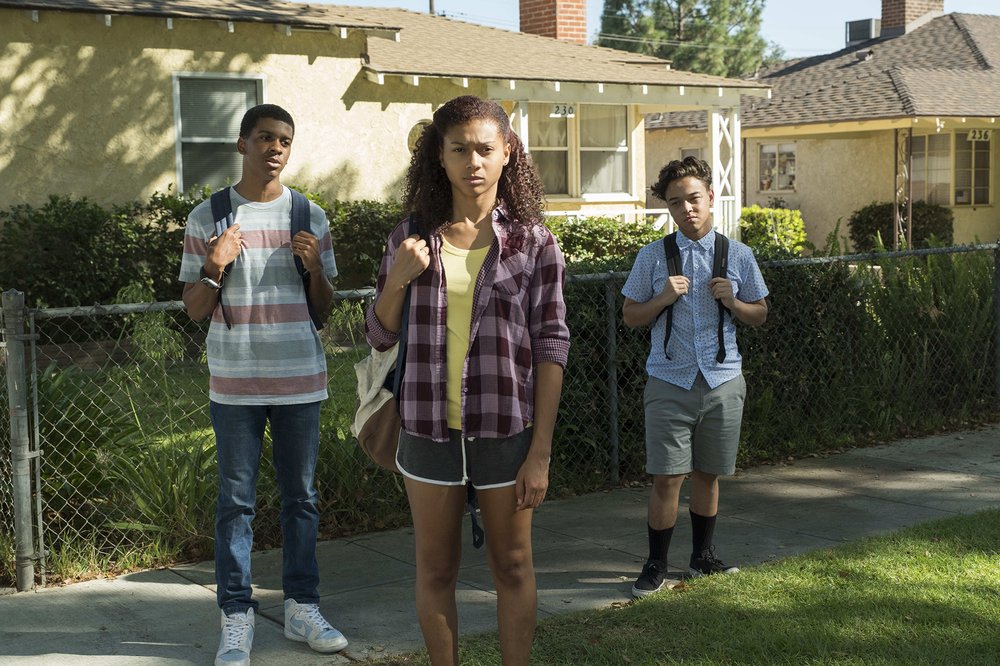 On March 7, 2019 Netflix officially announced that On My Block would return on March 29. The official On My Block Twitter account also tweeted a trailer for upcoming season.

Watch the trailer for On My Block season 2

In the first trailer for On My Block season 2, we see the residents of Freeridge mourning. Jasmine places a teddy bear in front of a memorial while Ruby's family appears to be preparing for a funeral.
At the end of the teaser, we see Ruby open his eyes, perhaps hinting that he is the one who survives while Olivia dies.

On My Block officially wrapped filming for season 2 in November 2018.

Despite being renewed in April, On My Block appeared to start production sometime in September 2018. Some members of the cast shared a video of themselves getting excited for season 2.

Brett Gray (who plays Jamal) posted a photo on Instagram with the caption "until next time Freeridge". Freeridge is the fictional L.A. neighbourhood where the kids live.

Jessica Marie Garcia, who plays Jasmine on the show, also posted a video celebrating a wrap on the show's second season.

I love these people!
I love our show!
I love all y’all patiently waiting!!!
WE SEE YOU!!!!
it’ll be worth the wait ;)
God is good! #OnMyBlock @TheSierraCapri pic.twitter.com/eF9VOySOD1

Does Ruby live? Does Olivia die on 'On My Block'?

When we last left our heroes, things were not looking too good for Ruby and Olivia. We know the two were injured at Olivia's Quince, but it's unclear whether they will succumb to their injuries or survive.

Fan theories have suggested that both of the characters cannot survive, so there is a chance we may have to come to terms with one of them dying while the other lives. On set photos have been careful not to include Jason Ganao or Ronni Hawk.

"This [kind of tragedy] happens every day," one of the show's co-creators, Eddie Gonzalez, told Thrillist. “We were just depicting real life.” This commitment to realism also points to the possibility of one character dying and the other living.

That said, if OMB kill off a character and go the 13 Reasons Why route, we could see flashbacks, visions, and other creative storytelling that includes the actors who play Ruby (Jason Genao) and Olivia (Ronni Hawk).

On My Block season 2 plot?

Based on how we left things in season one, On My Block's second season will likely revolve around the other characters coping with the shooting.

Cesar's guilt over sparing Latrelle could potentially drive a wedge between him and Monse. It could also drive him further into his brother's gang. Of course, Jamal discovering the Rollerworld money will have big season 2 implications.

There will be 10 episodes in 'On My Block' season 2. The show's writers confirmed in an Instagram video all the way back in August that they had finished writing episode 02X10, the second season's final episode.