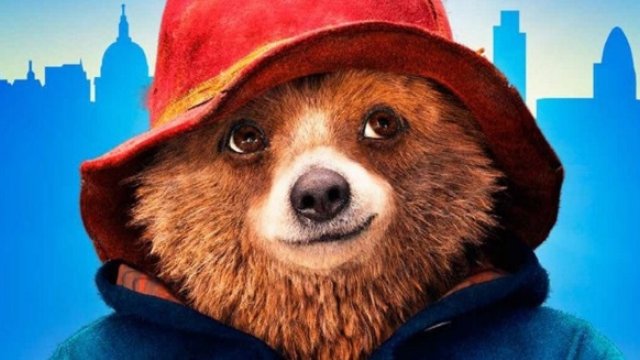 With times as horrible as they are, only a CGI, marmalade obsessed bear can show us how to truly make the world a better place.

It's pretty safe to say that despite the incessant Christmas commercials and shimmering light displays, London is a miserable place right now. Each day, we city dwellers marvel at Westminster officials so inept they would struggle to even spell the word Brexit (which isn't even a word anyway), watch in horror as our neighbours across the pond nearly tweet themselves into a nuclear apocalypse and wearily gasp as musicians, actors and one particular comedian reveal themselves to be monstrous. Plus, the weather has gotten really shit, really quickly. It's been a rough week basically.

Thankfully, there still appears to be some good left in the world and it comes in the shape of a CGI bear from Peru with the voice of Q from the Bond films.

The original film adaptation, released in 2014, captured the true heartwarming spirit of the classic Michael Bond books but with an eccentric modern spin thanks to the work of screenwriter and director Paul King of The Mighty Boosh fame. Part of it's success was no doubt due to the fact that it was such an unexpected delight - how many of your childhood favourites have been given the shoddy remake treatment in the past? Thankfully, what could have been a disaster turned out to be a modern masterpiece.

And while the sequel was inevitable given the previous installment's huge box office success, as I sat down with my Tango ice blast and sweet popcorn snack box, I was filled with some trepidation - surely this couldn't possibly match the magic of the original?

Yet somehow, Paddington 2 surpasses all expectations, from the classic slapstick comedy of the prison kitchens as our hero makes marmalade with Brendan Gleeson's butch cook Knuckles, to the beautifully realised journey through a pop-up book of London that fills the audience with a childlike wonderment. And that's before we even get to Hugh Grant's disgustingly funny villain Phoenix Buchanan, the actor clearly having a blast hamming it up to the max and drawing all influence from the various elder stagey types you regularly see hanging around the bar at the National on a rainy Sunday afternoon.

But the most delightful element of Paddington 2 is the multicultural, accepting world it creates. Within the first few minutes of the film, we have seen our beloved bear interact with individuals of all races and nationalities as he makes his way to buy his Aunt a birthday present, from the French woman giving him a ride in her bicycle basket to the Polish antique shop owner at his final destination. As a Londoner, it's something we take for granted, but for pockets of the UK, and indeed the world, this sequence will give a small glimpse into a multicultural society of acceptance that may well be sadly alien to their area.

Similarly, while younger viewers will remember the wilder moments - the bear pursuing a criminal by hitching a ride on a dog named Wolfy or the train straddling, exhilirating finale sequence - it is these smaller moments that will stay longer with the older viewer. The small act of Paddington cleaning a depressed veteran's window, for example, allows the man to finally see the world outside and make the acquaintance of the lady running the news stand, the pair soon starting a relationship that develops in the background. It is a minor detail but then the overriding message of the film is just that - the small things you do for others make all the difference.

This is, in essence, the spirit of Paddington and why his story remains so important today. Bond's original book has often been perceived as a pro-immigration tale, the author even stating that he was directly inspired by the plight of refugees and the return of WWII evacuees to the big cities. Just as the Brown family welcomes Paddington, so this city welcomes all comers. Certainly, the corner of Windsor Gardens on display here is eager to stand up for it's diversity, even when neighbourhood warden and probable UKIP voter Mr Curry attempts to intervene.

So, in these Brexit-fueled divisive times, perhaps a friendly bear from Peru who sees the best in all people is just the antitode we need. Judging by the tear-strewn faces of kids and adults alike at the Vue Fulham screening this past weekend, he's certainly won over the hearts of Londoners. Next stop, the world.