Peeta Power: How The Hunger Games Is Promoting New Forms Of Masculinity 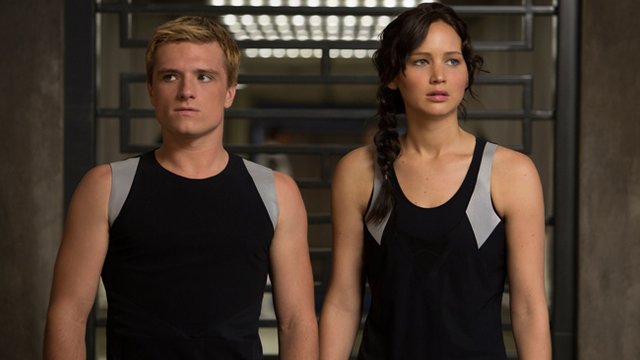 Towards the end, the cast took a few listener questions, including this gem:

There's been a lot of talk about Katniss as a role model for girls and women, which she is, but what do Josh and Liam think about how their characters represent masculinity in the films?

Josh responds with this:

It's true to say that, in the two male leads, the Hunger Games franchise has found a contrasting pair of actors - one the boy next door and the other, well, the brother of Thor. But it is a testament to the writing on display that both are portrayed as strong, complicated figures, each well-rounded and conflicted rather than meeting the generic two-dimensional stereotypes of what is and isn't perceived as "manly".

Peeta in particular shows his emotions openly, his heart permanently on his sleeve but, rather than this being portrayed as a weakness as it might be in lesser movies (looking at you Transformers), it is used to his advantage, driving him to leave his comfort zone and, ultimately, to fight against the capital.

Josh goes on to concede that, by the typical mainstream definition of masculinity, Peeta would be considered more of the "painter, the artist, the sensitive" type but is proud of that representation as "I think sometimes people go too far in the opposite direction to prove this alpha-male quality when in reality women are more complex than that and men are more complex than that and need more than just one or the other thing."

Everyone from Bond to Batman is getting more sensitive in recent movies but none have achieved this with level of honesty and realism that the Hunger Games have. Much like how Katniss has provided young girls with a role model who has a level of agency at odds with the typical action movie female, Peeta's growing confidence and strength has created an alternative icon for young boys which, in a world full of Fast and Furious movies, was desperately needed.

You can listen to the whole interview below. Vicky's question begins at the 9m30s mark: