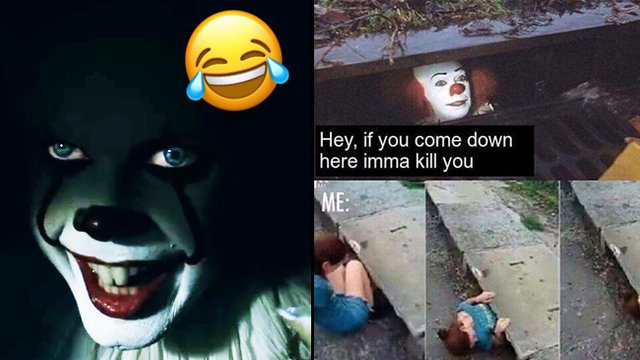 What would Pennywise have to say to you to convince you to go underground?

If you've seen It, you'll know that the opening scene sees poor little Georgie get dragged into the sewer by Pennywise, following promises of circus treats including popcorn (his favourite) and balloons that float.

And while we certainly wouldn't recommend following the dancing clown down into the depths of Derry, it turns out there are a few things that would get all you lot to head underground.

Here's a few of our fave examples of how Pennywise would get you in his sewer: 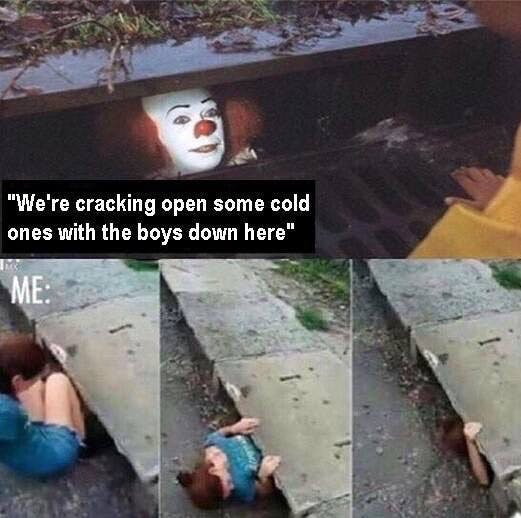 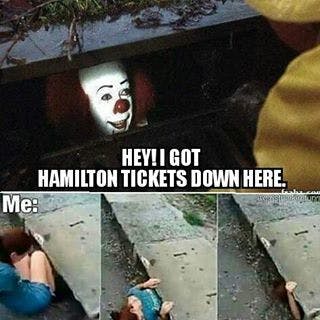 I'll be right down

I don't need that type of negativity in my life. Late tired and hung over will do. #itmemes #stephenking #pennywise #selfimprovement #sleepingonthejob #noharmdone #teamnoharmdone