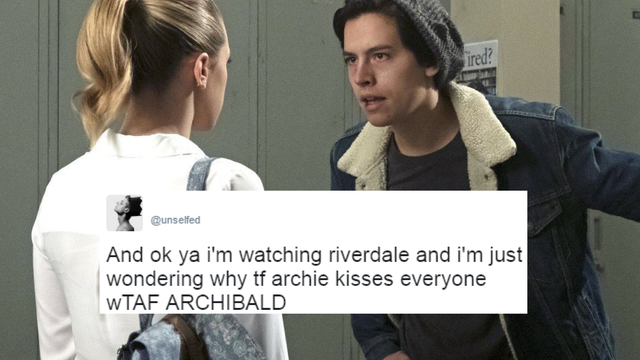 Don't ever speak to me or my weird son again.

Riverdale is an emotional roller coaster filled with intrigue, drama, and all the ships your heart desires. If you've been watching from the start, then these next social posts just might make you scream.

2) When Riverdale randomly skips a week and you're like ????

"gotta wait a whole week till the new ep of riverdale"
me: pic.twitter.com/Ga4pXdqdi3

3) This gif both saved me and ruined my life.

4) Whenever I think of Jughead now I just think of his little speech.

Me @ Riverdale haters: don't ever talk to me or my Weird™ son again pic.twitter.com/zKkiyGRmVW

Bughead fans whenever Betty & Jughead have a scene together... pic.twitter.com/k0o6LpIS0v

9) For real. Did this scene change anyone else? Or just me?

10) Can anyone explain Archie??