69 Thoughts Literally EVERYONE Had While Watching Riverdale Episode Two 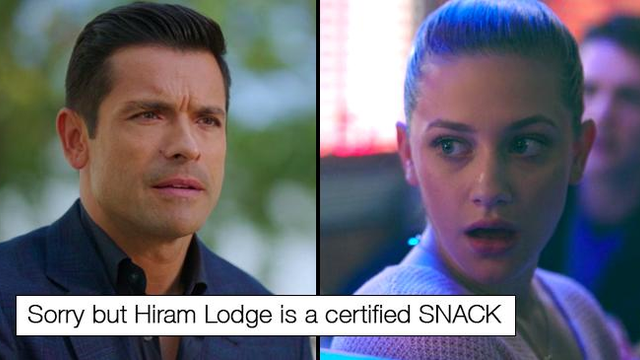 I wouldn't mind "bumping" into Hiram Lodge on one of his morning runs. If ya know what I mean...

Has everyone recovered from Miss Grundy's gruesome death via Cello bow at the hands of the man in the Black Hood yet? Good. Let's get on with the next episode, shall we? We guarantee nearly every single one of these incoherent and shouty thoughts left your moth while watching the show last night... check 'em off as you go.

1) Alright then, time to get back on my Riverdale bullshit. I'm ready.

3) Death Diner? My god, they’re so dramatic aren’t they?

4) By "the ongoing battle against darkness", do they mean gentrification? 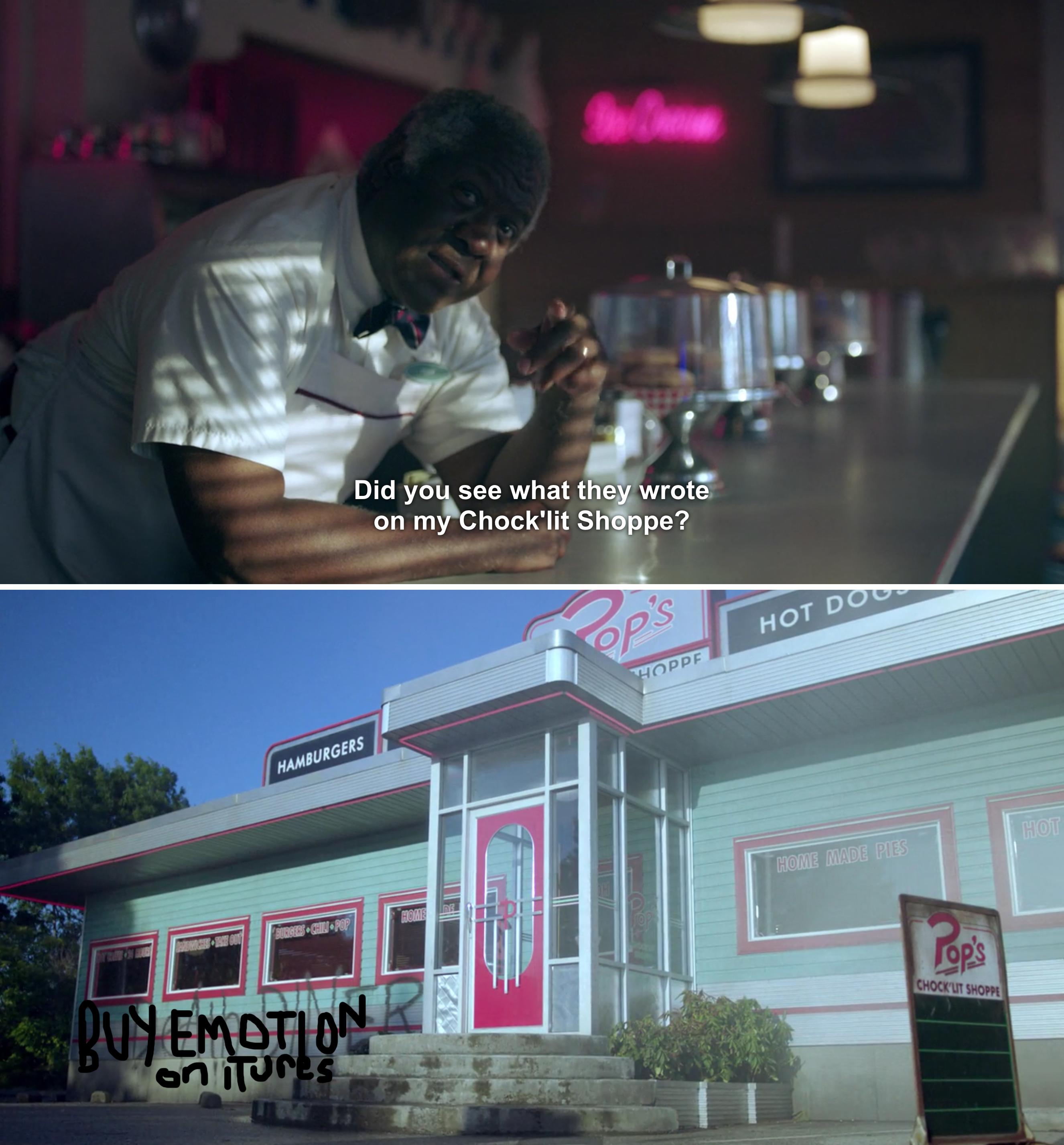 6) I'm not being funny but Fred got shot in the abdomen like, 24 hours ago. How is he up and walking? I've watched enough medical dramas in my lifetime to know that that's literally not how it works. (Also... DOG!)

7) Oh, what's that? Sheriff Keller not returning Archie's calls... not suss at all.

9) Not gonna lie, I wouldn't mind "bumping" into Hiram Lodge on one of his morning runs. If ya know what I mean...

10) Veronica better stop running her mouth. If I spoke to my parents like that, I’d be slapped.

12) Just don't ask him to solve systemic racism because his hands are FULL. Ok, Betty?

13) Huh, Archie kisses Veronica goodbye but Jughead leaves Betty hanging. I see how it is.

16) Do they literally not have Clifford on tape shooting Jason? Surely FP's sentence can't be as dramatic as a murder charge?

18) Seven minutes into Riverdale and chill and Archie is shirtless again.

19) Mayor McCoy. She’s a wrongun, isn’t she? Wouldn't trust her as far as I could throw her.

21) How did Reggie suddenly become the go-to drug dealer on campus?

23) If they say Jingle Jangle one more time, I’m gonna throw my laptop out a window.

24) Hang on a second, is jingle jangle some type of viagra? Did he just offer Archie viagra? IS ARCHIE GONNA TAKE VIAGRA?!

28) How Camila manages to say 'Daddy' 75 times an episode without breaking down with laughter is actually Emmy worthy.

29) This long-haired Serpent definitely has the eyes of the killer. I don't trust him.

31) Nope. No one asked for the Grundy flashback scenes. Absolutely no one.

33) Fred saying, “I know.” Does Fred know who the killer is? Do you think Fred set himself up to get shot?

35) I like this Penny Peabody lady but I also do not trust her.

36) Just a public show of forgiveness and he’s suddenly off the hook? What is going on here? Someone really needs to take a look at the justice system in this town.

37) Listen, if anyone is gonna solve this mystery… It’s Alice Cooper.

38) "Spreading ourselves a little thin as the patron saint of lost causes, aren't we Betty?" GAGGED.

38) Hiram really needs to get a new alias. "Anonymous Buyer" is not as subtle as he thinks it is.

39) I don’t think Hiram is being unreasonable to be fair. If Veronica doesn't wanna spend time with him, I will.

41) Nice to see that Cheryl and Penelope have found refuge in Professor Sprout's Herbology greenhouse.

45) She’s literally doing more than work than Sheriff Keller has ever done in his life.

47) "I didn’t expect you to attack me…" Mate, his dad just got shot by a guy wearing a mask, what did you think he was gonna do?

50) Christ, don't tell Cheryl where the spare copy is, Betty. What an idiot.

51) Archie is finally confessing all this to Keller when he should be confessing to Alice.

52) Honestly, Sheriff Keller is the killer. I didn’t need any more information. This is it.

53) Betty's eyebrow might be the one true MVP of this episode. Saved FP from 20 years in jail.

55) Cause of death: those red velvet thigh highs on Cheryl.

57) She literally just called her boyfriend 'Daddy' after calling her own dad the same thing? I’m logging off.

58) Alice gathering receipts is literally me.

59) She’s literally clocked Hiram Lodge, the Serpents AND Reggie selling drugs within 30 seconds… WITH RECEIPTS. She should be sheriff.

60) All these Serpents yet Hiram is the biggest snake of all.

61) "It might bring you peace," she says as she shows her mother visual footage of her husband shooting her son square in the head.

64) The real plot twist of Riverdale is how we all started hating Alice Cooper to her becoming the most important and iconic character of all.

65) Protect her at all costs. If she starts knowing too much, she could be next.

67) Is THAT what Jingle Jangle looks like? It’s a friggin' sherbet straw.

TikTok's Check Your Privilege challenge examines how racially privileged you are