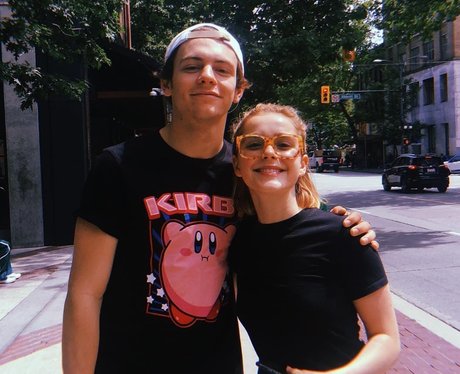 Ross Lynch plays Harvey Kinkle, one of the love interests of Kiernan Shipka's character, Sabrina Spellman. The characters of Harvey and Sabrina are close in the original live-action series and live in Greendale, the town on the other side of Sweetwater River. Harvey is mortal and does not have any magical abilities. Ross Lynch dyed his hair brown for this role. [Photo via Instagram/Ross Lynch]