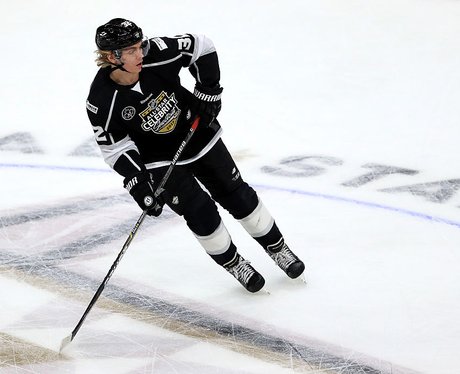 On top of his acting and singing, Ross also enjoys playing hockey. In 2017, he told W Magazine that he plays hockey a couple of times a week. In 2017, Ross played in an NHL Charity match along with other celebrities like Justin Bieber and Steven R. McQueen. [Photo via Getty/Sean M. Haffey]