This Is Why Everyone Is Talking About Season 4 Of Skam 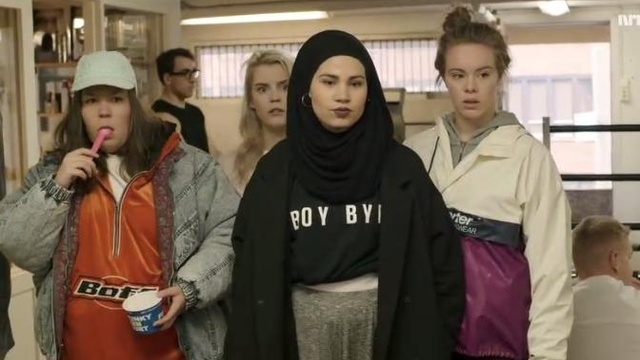 It's shaping up to be one of the show's best.

Fans have watched the onscreen friends tackle everything from relationship politics, pregnancy scares, and even coming out. Now, as the show's focus swings to the character of Sana, viewers can see the world through her exceptionally dynamic eyes.

Sana Bakkoush (played by Iman Meskini) has always been the voice of reason. Unswayed by romantic and social entanglements, Sana often offers up a clear perspective on the many issues that plague her tight-knit group of friends.

In Skam's 4th and final season, viewers now see a multidimensional picture of how Sana balances her faith, friendships, and potential love life.

Sana is how more hijabi characters should be portrayed on screen. #Skam

The nuance afforded to Sana is one that not many on-screen hijabi characters are given. Often times, Muslim characters are forced into the periphery, only given a voice when so-called "Muslim issues" are brought up. Even worse, many Muslim characters are introduced as sidekicks or best friends but never elevated to a status beyond a soundboard for exposition.

Sana, however, is a full and complex character who gets to be sarcastic, bossy, and charismatic. In season 4 Sana asserts to herself to the position of Russ boss through cunning and sheer force of will.

Through this newly obtained role, Sana is also faced with the complexities of being a Norwegian teenager and being a Muslim woman--identities which are, at times, incompatible. 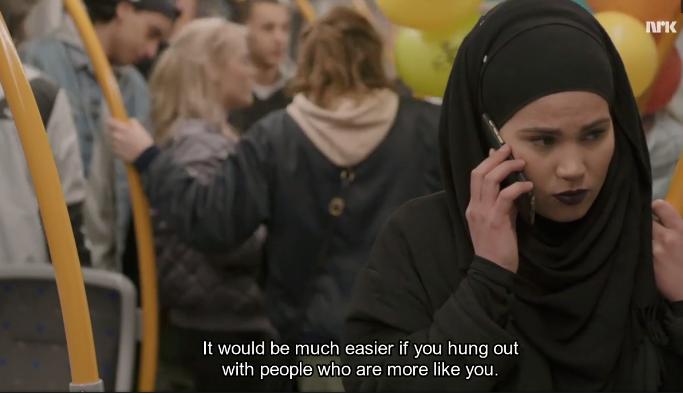 Sana is fearless, outspoken, and clever. She also has a perspective that is inextricably tangled with her religion and social identity.

Skam is, admittedly, not the show you should be watching if you're gagging for more non-white representation. The show's writers have, however, been diligent in giving Sana a story and a unique perspective to tell it from.