This image appears in the gallery:
Sarah Jeffery: 13 facts about the Charmed actress you should know 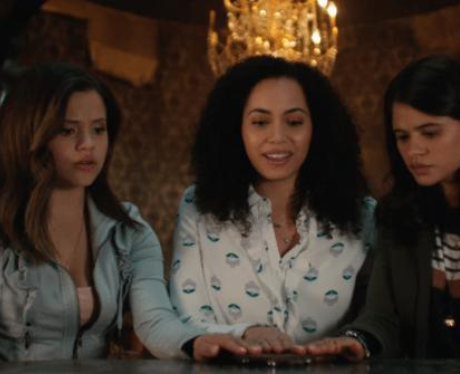 9. Sarah Jeffery joined the cast of the Charmed reboot in early 2018

In February 2018, the creators of the Charmed 2018 reboot announced that Sarah Jeffery would join the cast as the youngest witch sister Maggie in a reimagining of the hit supernatural drama which ran from 1998-2006. When the news broke, Sarah wrote on Twitter “I’m just so happy”. [The CW]

See the full gallery: Sarah Jeffery: 13 facts about the Charmed actress you should know