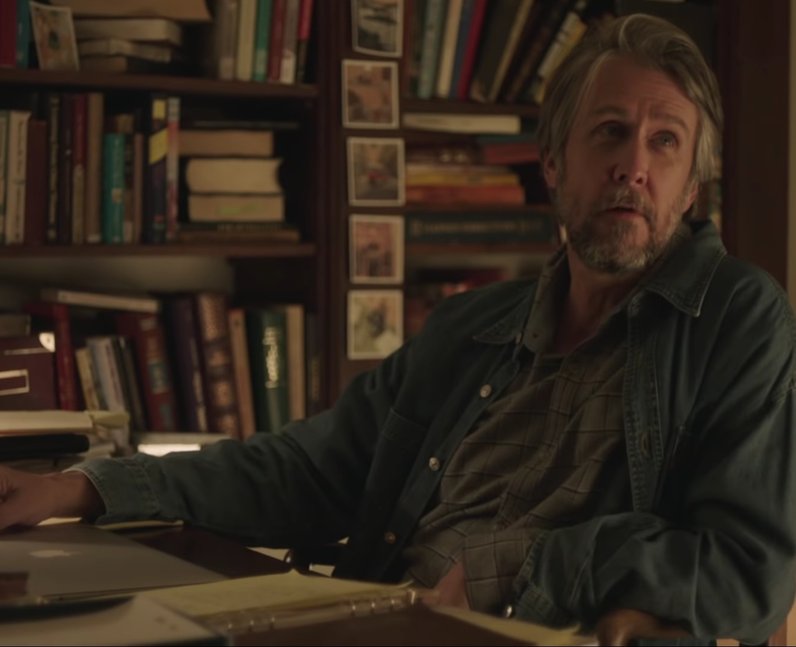 Sierra Burgess' dad is played by veteran actor Alan Ruck in 'Sierra Burgess Is A Loser'. Like any good comedy father, he is there to offer up sage advice to the film's protagonist. You will definitely recognise Alan Ruck from 'Ferris Bueller's Day Off' and shows like 'CSI', 'NCIS', and .Succession'. [Photo via Netflix]