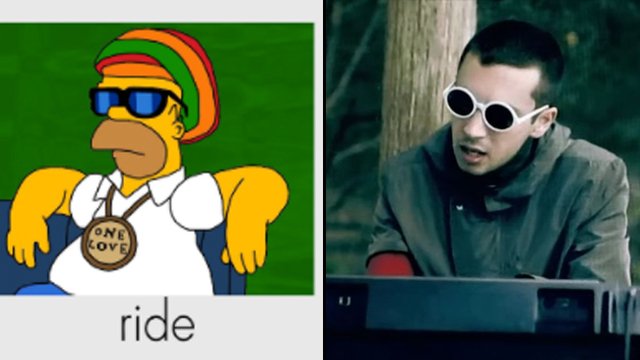 Your fave bands are getting the Springfield makeover we had always dreamed of...

A Reddit user recently posted the below image of Green Day songs summed up with images from The Simpsons and it quickly spread online: And soon, other Redditors were following suit, matching up their fave bands with the funniest scenes from the show. Wow, Springfield really does have a lot of parades doesn't it?

Then, of course, there was the inevitable Twenty One Pilots-themed edit:

All about reggae Homer tbh.

This, of course, isn't the first time the world of cartoon memes and music have collided, with Spongebob bringing us all the Tumblr joy for years now but we are very much in favour of Homer and family becoming the go-to cartoon of choice for all your music meme needs.

Now, can somebody get to work on a Panic! one please?