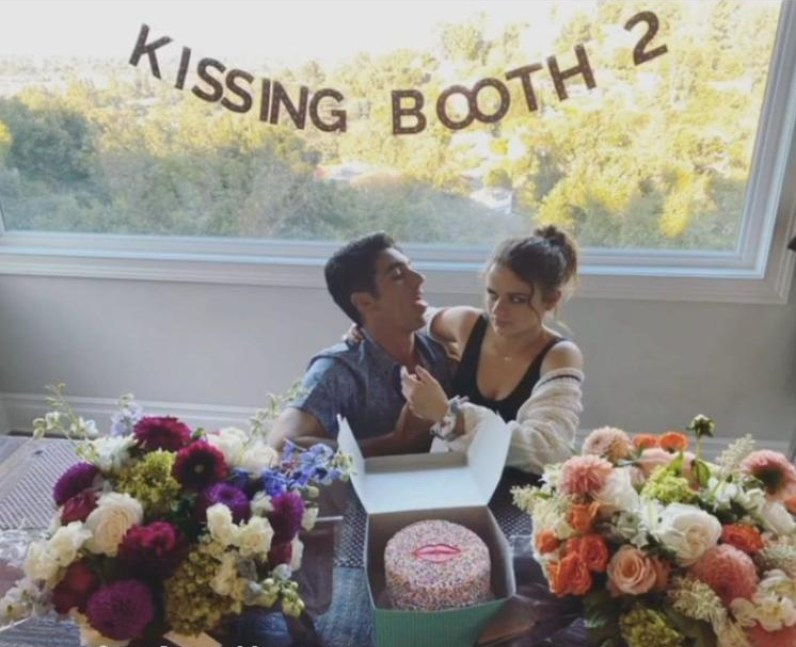 Kissing Booth fans began speculating that Taylor Zakhar Perez and Joey King might be dating. Joey revealed on Instagram that she got a COVID test so they could "hug" again, and referred to Taylor as her "favourite weirdo". In a separate interview, when asked if would date a fan, Taylor responded: "I’m a fan of Joey and wish that she would date me, you know what I mean?" The pair later confirmed that they were not dating. (Joey is dating film producer Steven Piet). [via Instagram]