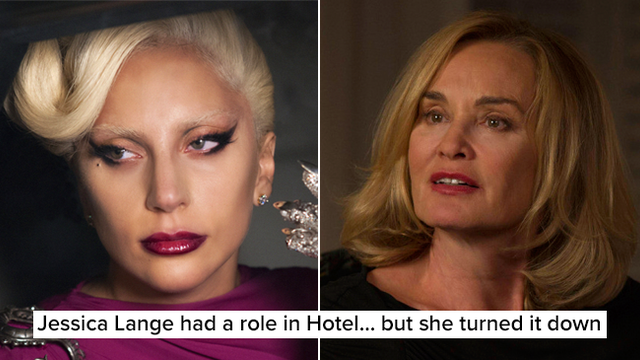 Jessica Lange actually had a role in Hotel... but she didn't take it.

Think you know everything there is to know about American Horror Story? We bet you didn't know the majority of these insane facts and nuggets of info about your favourite show.

1) The Murder House is not only a working movie set, but you can also stay in it too!

In 2016, the house was put on AirBnB where buyers could rent it for one night. The listing was taken down after a few days but if you were given the chance to sleep in the basement of the Murder house, would you take it?

2) You’ve probably also seen the house in Dexter, The X-Files and Buffy The Vampire Slayer.

3) You can also stay at the actual Coven house in New Orleans.

The Buckner mansion was used as the external location for Miss Robichaux's Academy for Exceptional Young Ladies and the interiors of the house were then replicated onto a soundstage for the show. You can form your own Coven in the house that inspired it all for $4000 a night!

4) And the Hotel in Hotel actually exists.

The Cecil Hotel in downtown Los Angeles is infamous for attracting suicides and serial killers. You can still visit the Cecil too by the way, if you dare. Evan Peters' character in Hotel was also based on an infamous serial killer called H. H. Holmes who designed and built a hotel especially for murdering his victims. We're talking secret corridors, underground passageways... starting to sound familiar?

He had to use a sh*t ton of lubricant to fit into the black outfit! Not only that but he split the suit numerous times while carrying out stunt scenes. Yikes!

6) The girl that Tate killed in Murder House had previously played Evan's girlfriend in One Tree Hill. 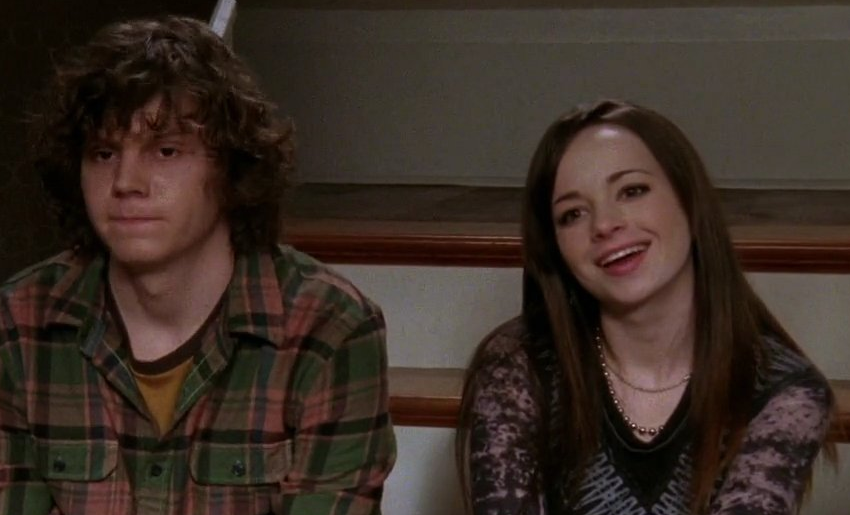 Tate kills fellow student Chloe during his killing spree but before that, Ashley Rickards played Sam in OTH who ended up going out with Evan Peters' character Jack Daniels.

7) The majority of characters on the show are based on real people.

From The Countess to Twisty The Clown, you can read about all them right here.

8) Before appearing in Coven, there was a long standing rumour that Stevie Nicks was an actual witch.

Yep, for reals! For most of the 80's everyone thought Stevie was a genuine Wicca practicing witch. Her response? "I have no idea what precipitated those rumours ... I am not a witch. Get a life!"

9) Freak Show was loosely inspired by Tod Browning’s 1932 film Freaks and featured many of the same characters.

Almost every character on Freak Show bares similarities to the characters featured in Freaks - from the conjoined twins and the bearded lady to Legless Suzi and Amazon Eve.

10) Scream Queens was meant to be a spin off of Coven.

The vibe changed after Murphy sat down with the FOX execs to discuss much more broader Hollywood horror inspirations, such as teen and slasher movies. But don’t worry, there’s a second season of Coven coming very soon.

11) Evan Peters has appeared in the most episodes of American Horror Story.

He's up top with 62 episodes, including his Roanoke appearances. Sarah Paulson is second with 60 and they, along with Lily Rabe, are the only actors to appear in all six seasons.

12) Jessica Lange initially turned down the role of Constance Langdon.

13) The soundtrack for Murder House was a collection of themes borrowed from classic horror films.

The first season used Bram Stokers' Dracula, What Lies Beneath, Psycho and Insidious. Aaaaand, you remember that creepy whistle that played while Tate went on his killing spree? It's from a film called Twisted Nerve and you may also remember it from Kill Bill Volume 1.

14) The songs performed by the characters in Freak Show were actually all strategically picked by Ryan Murphy.

It was revealed in an interview that Murphy picked the songs of artists who identified themselves as freaks. Artists that were featured were David Bowie, Lana Del Rey and Nirvana.

We had our money on Coven but you learn something new everyday!

16) Lady Gaga's infamous line, "Your boy has a jawline for days", was actually improvised.

Matt Bomer was so snatched by the line that he almost burst out laughing on the spot. Iconic.

17) Apparently, Ryan Murphy claimed to have written a "perfect" role for Jessica Lange in Hotel.

Even though she was very interested in the character, she stuck to her guns and did not return to the show. It's not known whether her character was given to someone else or scrapped all together. GOD DAMN IT, JESSICA!

What's your favourite season of AHS? Don't forget to vote in the official PopBuzz poll!