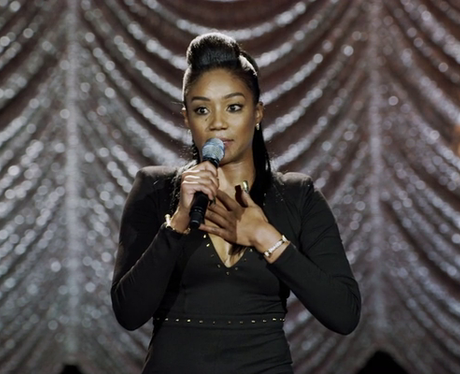 Around 2003 or 2004, Tiffany lived in her car while she pursued a stand up career. She credits comedian Kevin Hart for giving her $300 to rent a hotel room and taking the time to advise her on setting goals. At Kevin Hart’s direction, Tiffany wrote down one of her biggest goals: having a stand up special. In August 2017, Showtime aired her hour long comedy special, 'Tiffany Haddish: She Ready!'