Timothée Chalamet and Kiernan Shipka: Are they dating? 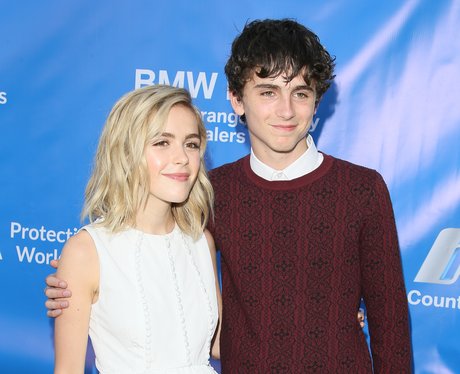 37. Timothée Chalamet and Kiernan Shipka: Are they dating?

The short answer is no. Timothée and the Chilling Adventures of Sabrina actress have been friends for a long time, having starred together in 2015's One and Two. Many people suspected they might be an item because Kiernan frequently posts comments under his IG posts and recently posted pictures on his birthday saying "HAPPY BDAY MY KING I LOVE U SO MUUUUUCH" in the caption. However, aside from this there is no reason to believe they are anything more than friends. [Getty]