We Interviewed The Frog Inside Tom Holland's Mouth & Here's What Happened 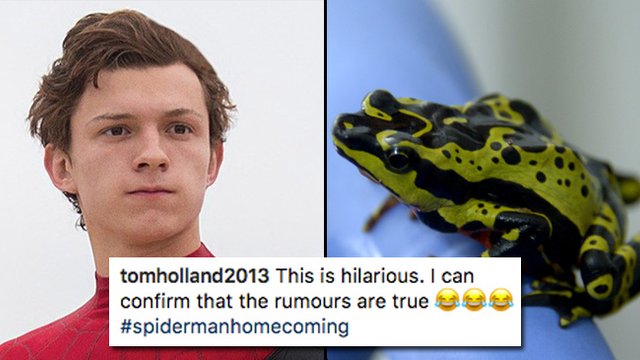 We caught up with the world's luckiest amphibian to talk showbusiness, working with Spidey and what it's really like to spend your time inside the mouth of a movie star.

As you may already be aware, a meme has recently taken the internet by storm involving Spider-Man actor Tom Holland and the small frog that he appears to be keeping inside his mouth at all times.

It may sound ridiculous, but a quick search on social media will reveal huge amounts of evidence that back up the story:

I read this thing about how Tom Holland looks like he has a frog in his mouth and he can't let it escape and I can't unsee it now. pic.twitter.com/DXiS8delb9

the frog living inside tom holland's mouth has taken the world by storm pic.twitter.com/prPSRSv4vT

i love tom holland but the frog meme is so funnysnddnajsksk pic.twitter.com/jlSZzEkasU

Basically, he gets around. But can a rumour this completely insane possibly be true?

Well, amazingly, the man himself, Tom Holland, has now confirmed that the frog is indeed a real thing:

This is hilarious. I can confirm that the rumours are true #spidermanhomecoming

Not only that, but we have also obtained an exclusive interview with the frog itself, having managed to grab 5 minute chat during Tom's lunch break at a recent Marvel junket in London.

So, here, in their own words, is 'The Frog Who Lives Inside Tom Holland's Mouth': 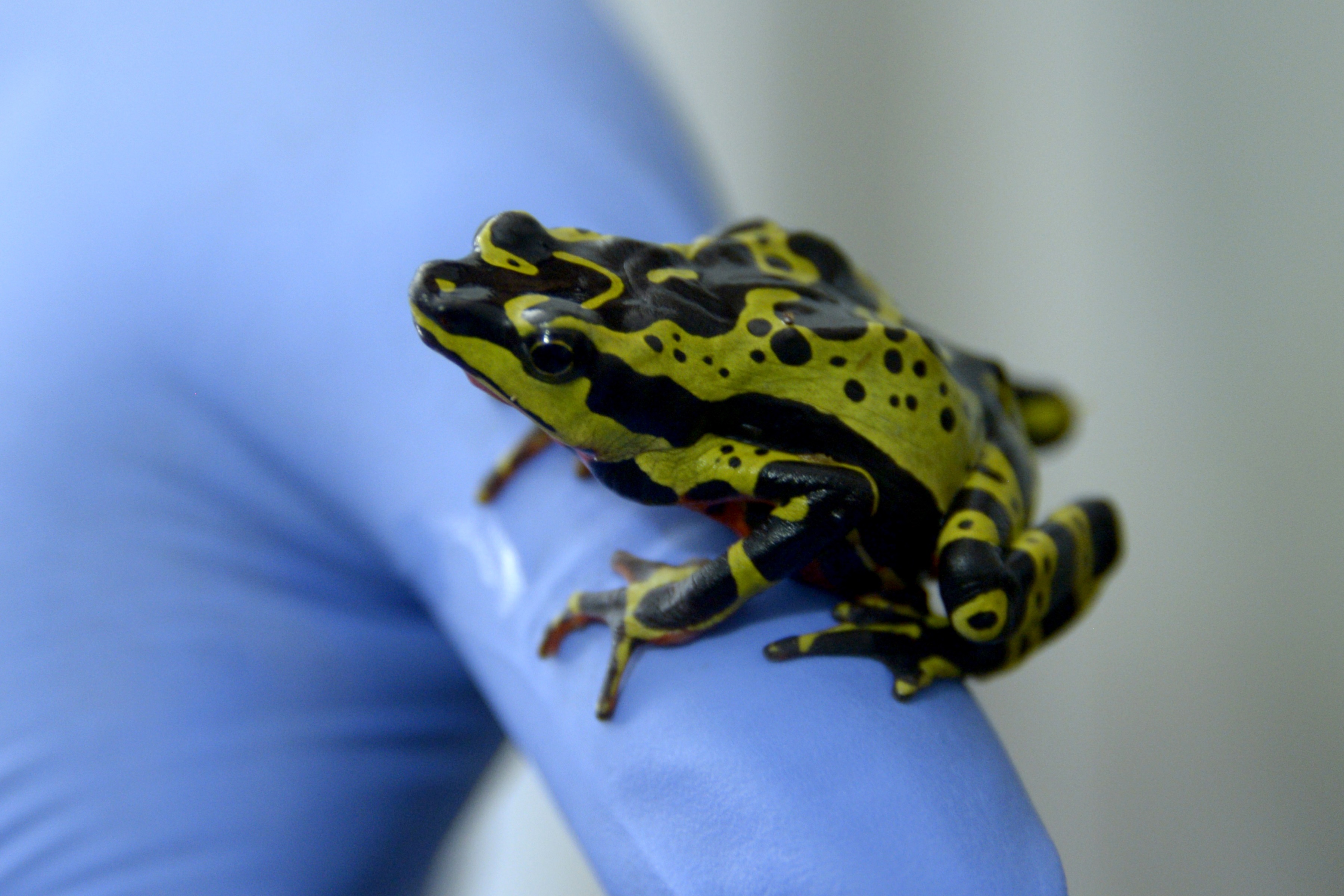 PopBuzz: So first of all, what should I call you?

Frog: You know what, let's leave names out of this. I like my anonimity right now. Yeah, when I'm hanging out next to Tom's left cheek, people know who I am, but I also enjoy the simple things like going down the pond for a pint without getting asked for selfies every five minutes. So, if you don't mind, I'd like to keep it that way.

PopBuzz: Totally understandable. How did you first get started in showbusiness?

Frog: Ever since I was a spawn, I've admired all the greats of the industry: Daniel Day Lewis, Kenneth Branagh...

Frog: Now, that's just the kind of xenophobic stereotype I've been trying to avoid for years.

PopBuzz: I do apologise, I just presumed that as a frog you would be a fan of arguably the greatest frog performer of all time.

Frog: I am but I've always wanted to show more range than that. I didn't want to just be classed as 'that guy who only does the frog roles'. So anyway, I was bit by the showbiz bug early on, always getting the lead in the school plays. Then I applied for RADA and was accepted for their undergrad course. It was a proud day for the family - can you believe I was only their second ever amphibian graduate? Something really has to be done about diversity in the industry.

PopBuzz: How did that lead to working with Tom then?

Frog: Well we actually were in Billy Elliot in the West End together for a couple of years but we rarely spoke - he was the star after all and I was the slightly less significant role of 'Miner No.3'. But, years later, after a few rough years and a stint in the Priory, I had given up on acting and was doing a lot of odd jobs to pay the rent; the usual casual work, you know, bars, office temping. Then one day, I got offered a stand-in part on 'Captain America: Civil War', testing out camera angles and lighting while the actors take a break. Naturally, I assumed I'd be standing in for Ant-Man as people always tell me I look like Paul Rudd. But, oddly enough, when I arrived, I was told that Tom had personally requested that I show up to work with him. Turns out he remembered me. And we've been together ever since. He really is a wonderful guy.

PopBuzz: You say 'work with', but if you aren't co-stars then why are you in his mouth?

Frog: Oh, I'm sorry, I thought you already knew - I provide his voice. I used to live near where he grew up and so its not hard to imitate.

Frog: Why? The boy can't even pronounce the word croissant. He called it a bloody 'quackson'! If you were a Disney executive, would you trust someone like that to deliver accurate dialogue? No, he's a lovely boy and he always nails the fight scenes and all that but, honestly, this was the only practical way of proceeding.

PopBuzz: But I do have to ask though, is it odd, when you are an actor yourself, to spend most of your time hanging out in the mouth of another actor?

Frog: Oh darling, half the actors in this town have been in the mouth of another actor in one way or another (laughs). Sorry, was that too naughty? Anyway, I must dash, we've got twelve more interviews to do this afternoon and I must rest my voice beforehand. Don't want the poor boy to sound like he has a frog in his throat do we, mind the pun.

PopBuzz: Of course, thanks for your time.

Spider-Man: Homecoming is in cinemas worldwide now. Tom and his frog will next be seen in Avengers: Infinity War in 2018.