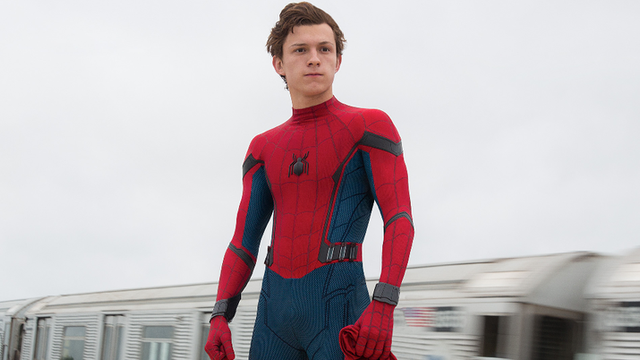 'Spider-Man: Homecoming' is easily the best Marvel movie yet and their choice of leading man is a big reason why.

It's official - Spider-Man: Homecoming is not only the best movie in the franchise but the best Marvel movie yet. In fact, it might even be the best superhero movie ever made. Yeah, we said it.

We had a sneak preview of the film last week and, honestly, without giving away any spoilers, we were blown away by what we saw. And what was the most obvious factor in this film's inevitable success?

Want proof? Oh, we got proof. Here are the definitive reasons why Tom tops both Garfield and Maguire to take the crown of Ultimate Spidey:

1) He actually looks the right age.

No offence to Garfield and Maguire but those dude always looked like they were pushing 30, don't expect me to believe he's still in high school unless he's been held back severely over the years.

Again, without giving too much away, this is the first time it feels like Peter Parker attends a real high school, populated by actual human beings rather than focus-grouped youths. Zendaya's Michelle character is particularly great in this regard.

3) He understands the internet.

The opening shots of Tom in action are seen through his phone as he films his exploits from Captain America: Civil War for his own private video diary. He's basically a YouTuber, albeit less annoying.

Humour in the Spidey films has always been a bit of a stretch in the past, which is a shame given the amount of solid gags in the comics and the cartoons so it's nice to see some great physical comedy and one-liners on display throughout this one.

5) He doesn't do any stupid dancing.

And even if there was a dance scene, he would nail it 'cos he was in Billy Elliot the musical as a kid.

6) He doesn't need an introduction.

Putting Spidey into Civil War before giving him his own movie is maybe the smartest move Marvel have made to date. Because as much as we love the character's origin story, we have heard it SO MANY TIMES at this point that there was really no need for us to see the whole radioactive spider thing all over again.

Again, credit to the supporting cast of high schoolers here who never let the social groups fall into lazy stereotypes of football players vs chess club and instead allow for a more nuanced hierarchy to form, Peter Parker ostricising himself through his lack of ability to commit to school activities due to his extracurricular antics as a superhero. Which also leads us too...

Yes, he may be a social outcast but thankfully we don't have to put up with the sight of Peter Parker staring wistfully into the distance as he longs for a better life almost like he's about to burst into song or something (and we all know that a Spider-Man musical is a truly terrible idea).

Whether facing several nameless goons or Michael Keaton's villainous Vulture, Holland looks at home in this set-up, his physicality from years of gymnastics clearly helping him deliverable a more fluid, less cumbersome Spidey than previous movies. And yeah, we know some of it's CGI/stunt men but even the scenes without a mask have a certain level of intensity we haven't seen before.

The man is an engaging screen presence and, much like Robert Downey Jr and Chris Pratt before him, the Marvel universe looks set to catapult him to a whole new level of stardom by matching him with material that is so well-crafted to his particular set of skills. Speaking of which...

Some actors might be intimidated or out-shined if they worked with one of the biggest movie stars in the world on their first major motion picture. But not Tom. Credit too to Robert for playing a willing supporting role that helps propel the franchise into the centre of the Marvel world without having to crowbar in any past details.

In summary, go and see Spider-Man: Homecoming the minute it comes out and make sure to check back later this week for our exclusive interviews with Tom Holland and Zendaya.