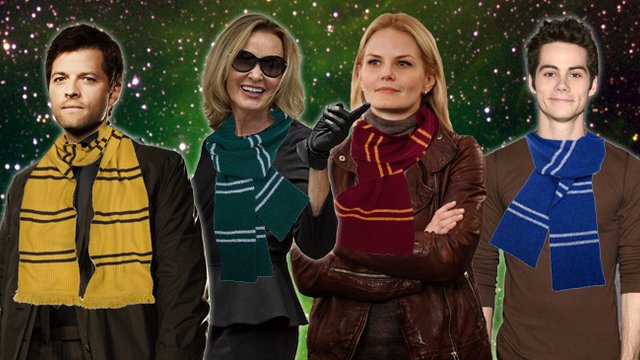 Basically everyone from "American Horror Story" is a Slytherin, ok?

WE’VE DONE IT AGAIN! First we sorted all our musical faves and now we’re back at it with our fave TV Characters. Why? Because we can. Are you ready?

We Sorted All Your Pop Faves Into Hogwarts Houses Because Reasons

QUIZ: What Hogwarts House Would You Be In Based On Your Music Taste? 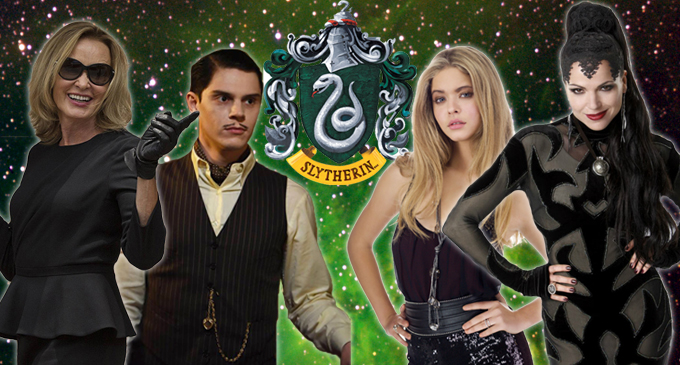 (Sidenote: We know all of these TV Slytherins happen to have ended up on the negative end of the Slytherin spectrum but what's life without a juicy villain or four?!)

Fiona Goode: This one goes without saying, doesn't it? Destined for greatness, ruthless, cunning, will do anything it takes to get ahead. Surprised if this Queen hasn't descended from Salazar himself, tbh!

James March: Perhaps the most evilest of the AHS Slytherins? He used an innocent man to carry out his murderous deeds - resourceful, we suspose. And also, he's hella hot. Like, Slytherin hot.

Alison DiLaurentis: UMMM... HELLO!? If Death Eaters were present in Rosewood, we wouldn't be surprised if Alison defected. #PettyLittleSlytherin

Queen Regina: Well, she is the Evil Queen! Voldemort would have done a Super Like for her on Tinder! But as for real life Regina Mills? We're leaning toward more of an imperfect Ravenclaw vibe. They can be powerful too, you know.

Ravenclaw - witty, intelligent and smarter than you'll ever be. 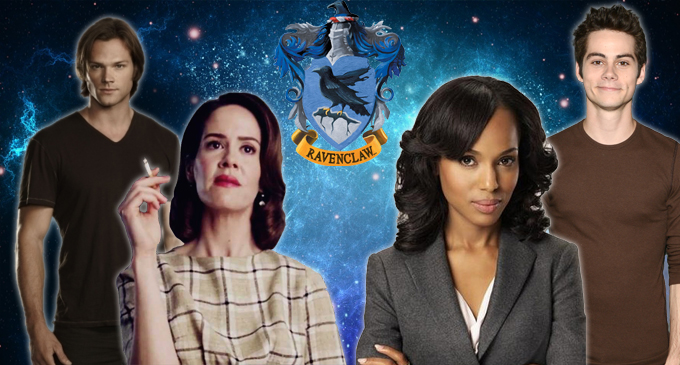 Sam Winchester: The Sorting Hat probs would have had trouble sorting Sam, cause he screeaaaams Gryffindor. But his low-key thirst for knowledge and wit shines through more than his family's penchant for dumb-ass impulsive behaviour, which totes makes him a Ravenclaw.

Lana Winters: Ok, Lana would be the IDEAL candidate for a Ravenclaw Prefect. Do you think she would stand for any of your first year bullsh*t?! NOPE.

Olivia Pope: Olivia is one of those ruthless Ravenclaws - the type you wouldn't want to cross in the classroom. She's the type of Ravenclaw that started training to be an Auror at the age of 2 and she knows everrrything about you.

Hufflepuff - loyal, hard working, patient and a pleasure to be around. 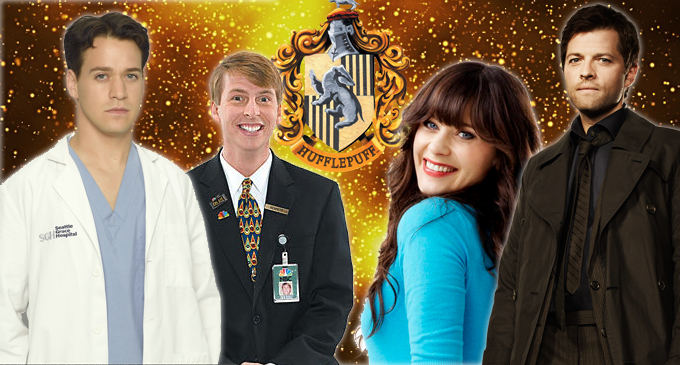 George O'Malley: George might have Gryffindor tendencies but his loyalty to his friends, his work ethic and general persona make him a true Hufflepuff. Head Boy, right here.

Jess Day: OMGGG, Jess is literally that quirky Hufflepuff that you see skipping on the way Herbology everyday! Being a teacher - and having to deal with living with 4 guys - requires all the valuable qualities of a Hufflepuff and she's got it DOWN.

Castiel: Because he's a precious cinnamon roll, that's why. And he loves food so... it's a common room WIN really! 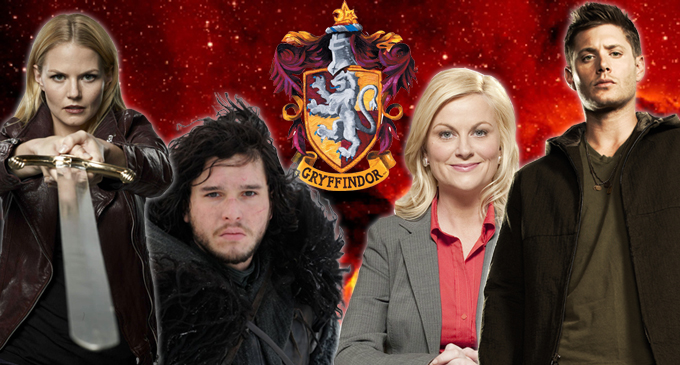 Jon Snow: A true chivalrous, honorable Lord who would put his own life on the line to protect others. And like the majority of Gryffindors who try to constantly show how brave they are, he knows nothing. *smirk*

Leslie Knope: Leslie could summon the power of Godric Gryffindor's sword in her sleep. Often speaks before she thinks but possess the heart of a lion... and like any true Gryffindor, she would appreciate a tasty Great Hall feast.

Dean Winchester: Dean is one of the problematic Gryffindors, you know the type. The ones that always acts impulsively before thinking and gets into trouble faster than you can say 'Sherbert Lemon.' Always manages to escape with an extra 10 House Points tho...

Did we miss anyone? Who would you like to see sorted next? @ us! 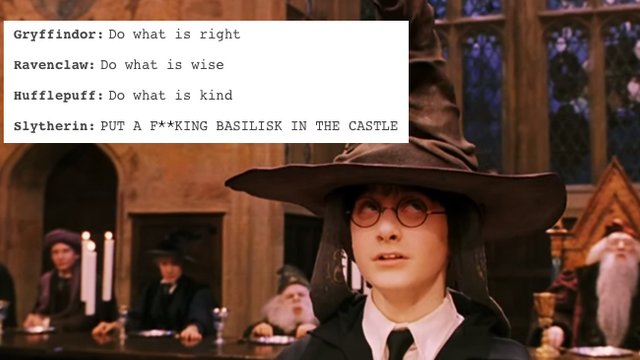