VOTE: Who Is Actually The Best Spiderman Of All Time? 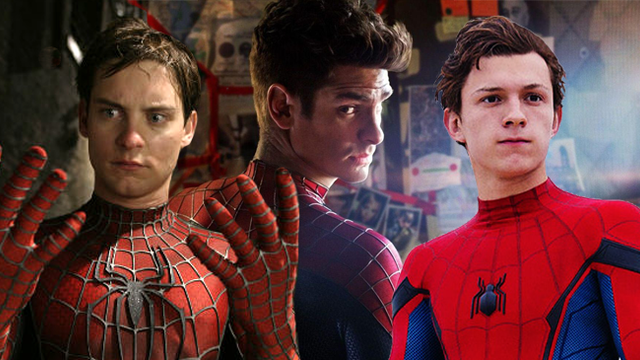 Let's settle this debate once and for all.

Ever since the release of Spiderman: Homecoming, there's been a uptick in the amount of Twitter hate crimes against Tom Holland's predecessors OG Tobey Maguire and the middle child Andrew Garfield, some of which are completely slanderous and unacceptable.

But now it's time to settle this debate once and for all like adults and really think about it before making any rash decisions or outlandish comments. Take your time, watch some clips to refresh your memory, take a look at what the internet is currently saying and submit your final decision in the poll at the end of this post. Are you ready?

All those in favour of Tobey Maguire...

If you don't think Tobey Maguire was the best Spider-Man hands down then I can't trust you on, with, or about anything

y'all need to stop slandering tobey maguire and have some respect for the Spider-Man that raised us.

All those in favour of Andrew Garfield...

the andrew garfield slander yes his spiderman was not good but he did the best hE COULD WITH WHAT THEY GAVE HIM & HE LOVED BEING SPIDERMAN pic.twitter.com/WSqi8UkJjk

All those in favour of Tom Holland...

TOM HOLLAND IS THE BEST SPIDER-MAN AND THATS THAT ON THAT. pic.twitter.com/DDIUapRKK6

To take this investigation even further, the entirety of PopBuzz HQ submitted their votes on the matter. After a very heated debate which saw insults hurled and comments like "I only picked Andrew Garfield because he's hot, I've never seen a single Spiderman movie" and "Think about it this way, Tom Holland hasn't made a bad Spiderman movie yet...", the final tally was:

Tom Holland with 5 votes. Andrew Garfield with 2 votes and Tobey Maguire with 1 vote.

But none of that matters, what actually matters is YOUR vote... so get to it - who is actually the best Spiderman of all time?