9 Deadly Theories About Who Killed Jason On “Riverdale" 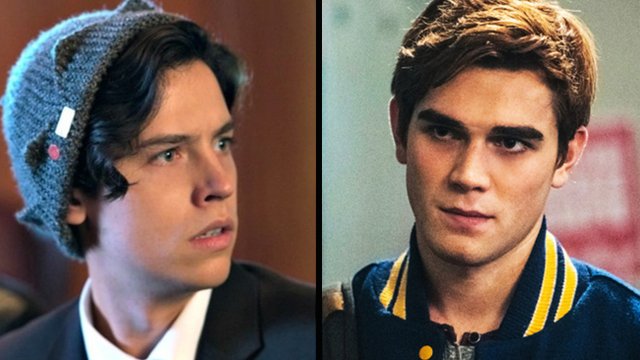 The 'whodunit' EVERYONE is talking about.

It's the question on everybody's lips: who killed Jason Blossom?

As the teen drama is swiftly heading towards its conclusion, we're getting deeper and deeper into the intricate feuds (the Blossoms vs. the Coopers, anyone? The Lodges vs. EVERYONE IN THE TOWN?!), unearthing new evidence in the hunt for Jason's killer (*cough* FP Jones and the Varsity Jacket *cough*) and falling even more in love with KJ Apa's abs as the episodes breeze along.

But enough of that, Jason is still dead and we're still no closer to finding out who the killer is. In an attempt to solve the puzzle and avoid searching for the inevitable Archie/Jughead fanfic, we've come up with a few theories about our top suspects - including a character who we haven't met yet.

As we saw in episode 3, the butter wouldn't melt Betty is quickly slipping away. And as the facade of her good girl image crumbles, so does her assumed-innocence.

If Jason was such an asshole to Betty's sister, which is hinted at when Betty and the gang discover he was involved in the football team's weird slut shaming book, then perhaps Betty has the clearest motive of them all: avenging her sister's mistreatment by Jason. We already know that Betty is prone to having a bit of a moment. Remember when she switched while she "tortured" Chuck in the hot tub? What's to say that she blacked out again the night of Jason's murder and doesn't remember a thing?

Here's a theory for ya: Pregnant Polly murdered Jason after spotting Archie (who she thought was Jason) and Miss Grundy down at the River and immediately regrets it. She snags the gun from Miss Grundy's car, shoots Jason and somehow manages to put it back. She calls her dad for help, he helps her hide the body for a few days. In the meantime, he helps Polly "escape" Riverdale by sending her away to rehab, destroying the evidence and eventually pushing her toward the Blossom family as a decoy. Hmmm...

But then again, Polly didn't even KNOW that Jason was dead when Betty told her. Maybe she didn't have a had in his death but Polly is ~obviously~ a very key part to the story... it's all still up in the air on this one.

The motive is clear: she blames Jason for turning Polly into a wild girl and she wants to put a stop to it before it's too late. The problem is that murder does seems a little over the top, even for her controlling and domineering personality.

That hasn't stopped the writers from including a few blatant references to Alice's underlying anger. After threatening husband Hal, she mutters something along the lines of "You know what I'm capable of", presumably to rile up some feathers about Jason's murder. She also reveals her physically violent side when she lobs a brick through the window of the Riverdale Register. It all seems a bit convenient though, doesn't it? We'll just call it a day on this one... for now.

Listen, at this point, it could be the entire Cooper family who tag-teamed on Jason's murder but Hal is probably the most suspicious (and the most obvious, tbh).

As we know, Hal f*cking HATES the Blossom family and tried to get Polly to abort Jason's baby. He also hid all of the sheriff's evidence so unless he was trying to ~protect~ the real killer, you can bet your god damn ass on Hal being involved in this somehow. He seems to be fairly controlled by his wife too... but it's always the quiet, unsuspecting ones you've got to watch out for.

It seems no one can really figure Cheryl out. Not even the characters themselves. One minute she is vilified, the next she is comforted by her peers like they're best friends. Her relationship with her brother is even murkier. Some sections of the internet have suggested incest might be involved and after we removed all the vomit from our mouths we decided that was too extra, even for Riverdale High. If Cheryl killed Jason, we don't think it would be because they were 'doing a Lannister'.

That said, maybe Cheryl was jealous of her brother. After all, he was a quarter back, a ladies man, and supposedly the most popular kid in school. She was very quick to slide in and take her dead brother's crown, which implied a callousness to her own brother's death. It also sounds like her parents always gave Jason preferential treatment. Maybe she snapped one day and took it all out on Jason? She's certainly smart and manipulative enough to do it.

There is something not right about Miss Grundy, mainly that she's kinda a paedophile. She's also been lying her way through the entire season.

In episode 4, it's discovered that Miss Grundy is an imposter using a fake identify. When Archie challenges her, she says she's using a new identity to escape an abusive relationship. That does sound plausible yet it's not hard to see how this might be used to emotionally manipulate Archie into keeping quiet about their relationship.

There is also more dirt when it's revealed Miss Grundy taught Jason the year before his death. Given her history for hot young gingers, could there be more to this story? Probably. It's certainly suspicious that the day she leaves town, the list of suspects in the sheriff's office is also destroyed. And the gun hidden in her car? Nice coincidence that Jason died of a gunshot wound isn't it?

PLEASE WELCOME TO THE STAGE... VERONICA'S DAD! We haven't officially met him yet but the frequently mentioned Hiram should be on your most wanted list. In the most recent episode, it's revealed that Hiram is still running his criminal business from behind bars with the help of his wife, Hermione. (Who could have been acting on his behalf.)

Before being arrested, he arranged for the Southside Serpents to destroy the plot of land where the Twilight Drive-In stood so Lodge Industries could buy it for a lower price, so he's known for using brute force to get his way. What if Hiram ordered the hit on Jason to rile up the Blossoms and the Coopers to reignite the furious feud, or as an act of revenge on the heir of the Blossom business? That way, his business rivals (Cliff Blossom) will come crumbling down, leaving him with the upper hand upon his release.

There's quite a lot of evidence to suspect Jughead's dad had a hand in the murder of Jason Blossom.

First of all, there's the small matter of Jason's varsity jacket hanging in his closet. When Betty and Jughead discovered Jason's car, they went to the sheriff to turn it in but it was later torched before they returned - presumably by FP. But why? Well, in order to make money before he skipped town, Jason agreed to do a one time drug deal with the Southside Serpents. In destroying the car, and drugs, FP could have been covering the Serpents from any involvement. FP also has heavy dealings with the Lodge family so could he be involved with Hiram's tactics?

Or, much like, Hal Cooper, he could be covering for his son, Jughead.

There's as many reasons to suspect Jughead as there is to completely dismiss him from the line-up.

When we discovered the truth about Jughead's character (sleeping in the drive-in, strained relationship with his father etc...) we saw a completely different side to him. He's almost always alone, and he's incredibly good at disappearing into the background and staying low-key. And Jughead seems to know a lot - too much, maybe - about Jason's death. What if he's just playing the long-con on everyone for the sake of his novel?

But here's the thing, if Jughead did it, then why is he so active in the sleuth to find Jason's killer. There's no way he could keep up this facade for that long, while romancing Betty and spending time with Archie.

And then of course, there's the small matter of KJ Apa's accidental (??) slip up when asked about who he thought Jason's killer was.