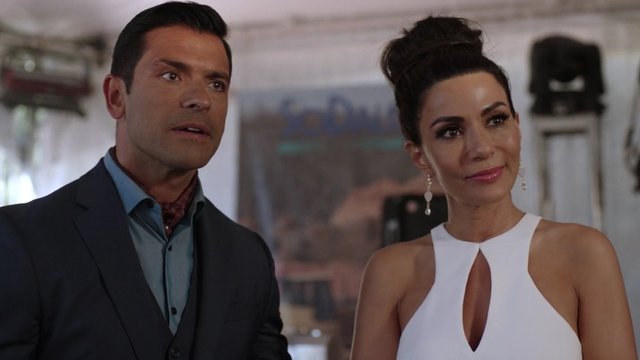 Your favourite TV characters have problems and their terrible parents are to blame.

Your favourite TV characters have problems. 9 times out of 10, they picked up these problems from their overbearing, neglectful, or straight up cruel parents. If we could, we would wish amazing parents on all of our TV faves. Since we can't, here are some of the worst parents TV has to offer.

Hiram and Hermione Lodge aren't exactly a wholesome family unit. They've got some shady business dealings going on, but what really earns them the bad parent moniker is the fact that they actually choose to let Veronica in on their shenanigans. Considering all the stuff they get up to, we're not sure it's safe for the youngest Lodge to be so...involved. They obviously love their daughter, but there is some seriously bad judgment here.

On a show full of neglectful parents, Karen and Ted Wheeler are standouts. They never know where their kids are and even failed to notice that Eleven had set up base camp under their roof for most of season one. Yeah, this is peak 80s neglect.

Marissa Cooper's identity was basically dysfunction personified and Julie Cooper was no exception. Marissa and Julie's relationship was often times strained, and the parental absenteeism was strong. Marissa shoplifted, drank, and did every dance in the requisite "wild child crying out for attention" routine. Julie, however, was usually too preoccupied to notice when her daughter was going off the rails.

Viewers of 13 Reasons Why will know that Bryce's parents were largely MIA during the first season of the show. This, of course, led to Bryce running around town hurting women and using his privilege for evil. 13RW fans could officially meet Bryce's parents in season 2, and we'll finally get to see who helped turn Bryce into the person he is today. 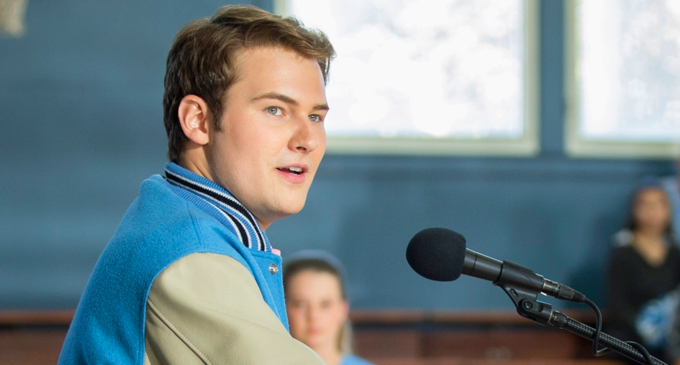 Don and Betty's relationship with one another was dysfunctional, to say the least. This fuels a similarly dysfunctional dynamic between Sally and Betty throughout most of the series. It wasn't all Betty, though. I'm sure Don isn't holding his breath for father of the year, either. Whether it's disinterest or outright contempt, we'd say that their parenting style definitely left something to be desired.

Meredith's relationship with Thatcher is complex. He wasn't a central figure in her life growing up, which explains their messy dynamic. In his sadness over his wife Susan's death, he even slaps Meredith, causing a further rift in their relationship. Truly, Mer deserves a good father and Thatcher ain't it.

Constance's cruelty and vindictive nature fit neatly into the theme of American Horror Story: Murder House. No wonder it all went wrong with Tate. The level of dysfunction here is...immense.

Murderous, incestuous, conniving, and straight up just bad parents. Only two people as rotten as Cersei and Jaime could have produced and raised a psychopathic little monster like Joffrey Baratheon.

Peter regularly bullies and belittles his children, he's a terrible example to them, and is even violent with them. Family Guy isn't a serious show but Peter Griffin is a seriously bad parent.

Whenever Dan Scott was on screen, you always knew some bad stuff was about to go down in Tree Hill. He was constantly plotting against his family members and he even murdered his younger brother. On top of being an absentee father to one son, he was also a bully and a monster to the other. No matter how sincere Dan seemed, he always had SOME PLAN brewing.

Rick Sanchez is like every movie genius character rolled into one. It's been explained that Rick wasn't there for his daughter growing up, and a lot of her issues as an adult can be attributed to experiencing lingering feelings of abandonment. Rick also has very little regard for his family's safety and constantly puts them in immediate danger. While Rick isn't evil (his character alignment is likely closer to chaotic neutral), as a father and grandfather, his multitude of flaws have had an overall negative effect on members of his family.

The gang at Paddy's pub so desperately need a moderating force. Instead, they have Frank Reynolds, a fatherish figure (early on it is revealed that Frank isn't Dee and Dennis' biological dad) who can usually be counted on for a hard-boiled egg and a bad plan. It's safe to say that Dee and Dennis are probably the worst people in Philadelphia and there's no doubt that Frank had a lot to do with that.

via FX/It's Always Sunny In Philadelphia

Michael, Lindsay, Buster and Gob are three of the most maladjusted adults on television. George and Lucille's bad parenting ranged from run-of-the-mill neglect to favouritism and even hiring people to "teach" their kids traumatic lessons. The Bluth kids never stood a chance.

Rowan Pope lied to his daughter for the vast majority of her life, infiltrated her inner circle with said lies and frequently manipulated those close to her. He is constantly giving Olivia self-righteous two and a half minute speeches about how worthless she is and has bestowed upon her the great honour of having television's biggest daddy complex.

He lies to his kids. He steals from his kids. He's physically, emotionally, and financially unavailable for them. Frank has scarred each and every one of them individually and he can never get it together long enough to be there for his comically large brood of children. It's Frank Gallagher, TV's worst father.