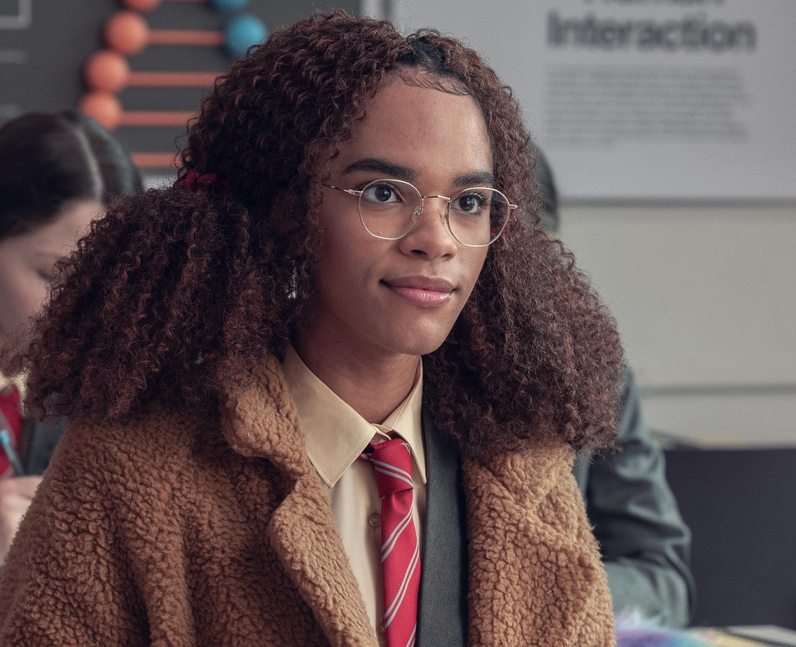 Yasmin Finney plays Elle Argent in Netflix’s Heartstopper. While Elle is trans in the show, the series does not make her trans identity a plot point – something that Yasmin calls refreshing and rare. “It’s so beautiful to see a trans story on television that's normalised, rather than see a narrative focused on gender dysphoria, bullying, or the dark parts that comes with being a trans person,” Yasmin told Elle. Yasmin won the role after attending an open casting call. [Netflix]