Will Callie Return To "Grey's Anatomy" For Arizona's Last Episode?

The show has been hinting at the way Arizona will leave the show for a few weeks now - and it could involve her ex-wife Callie Torres.

With the season finale of Grey's Anatomy season 14 creeping up on us faster than ever, it's time to start preparing for what kind of bombshells they'll throw at us this year. We already know that fan favourites Arizona Robbins and April Kepner will be leaving, and there's a strong chance that one of them will die. (Grey's hasn't killed off anyone major in about 3 seasons, it's unnervingly overdue...)

There's still a possibility that both characters will survive but fans seem to think April will be the one who gets the devastating ending while Arizona gets to walk away from Seattle on her own terms, happy and unharmed. And if that's the case, could Arizona's big exit involve the return of another beloved character?

We already speculated that Arizona's exit would somehow involve her leaving Grey Sloan for a bigger and better job, perhaps closer to her daughter Sofia, who lived in New York with Callie before she returned to Seattle.

Ever since Sofia moved back to Seattle, she's been getting more and more upset about leaving her friends, school and mum back in New York and Arizona has noticed. At the moment, there's absolutely nothing tying Arizona down to Seattle, not even Carina DeLuca, who she's currently seeing. So if she does end up moving cross-country for the sake of her daughter, will the iconic Callie Torres actually make an appearance in the finale episode?

Bringing back a beloved character for a cheeky on-screen reunion as the result of someone else's farewell storyline has already been done on the show before, so it's not completely out of the question. Remember when Cristina left the show? They shipped her off to Switzerland and managed to reunite her with her ex-fiancé Preston Burke in one of the most out-of-the-blue moves so far.

While the brief reunion would be a nice moment of closure for the characters, the actresses and the fans, we guess the big question is: Would Sara Ramirez, who played Callie, want to come back and is she even available?

Ramirez left the show on great terms and said that she and show creator Shonda Rhimes would "definitely continue our conversations" but whether or not we'll actually get to see her Callie reunite on-screen with Jessica Capshaw's Arizona might depend on how busy she is right now. (Ramirez has been working on her new show Madame Secretary in New York and Washington.)

Fans have been rallying for Callie's return ever since she left at the end of season 12. Back in August 2017, at the start of season 14, there were no plans to bring Callie back into the show. And so far, nothing has been announced or rumoured about Ramirez's return. For reference, Isaiah Washington's return as Burke was announced long before his eventual appearance on the show.

But you never know... this is Grey's Anatomy after all - they're good at keeping surprise guests and plot twists under wraps right up until the big reveal. It might happen, it might not and to be honest, it wouldn't even have to be a big dramatic scene for it to have an impact either - just the opening of a door would be enough for the loyal Calzona shippers out there.

What do you think? Will Callie return? Should she return? 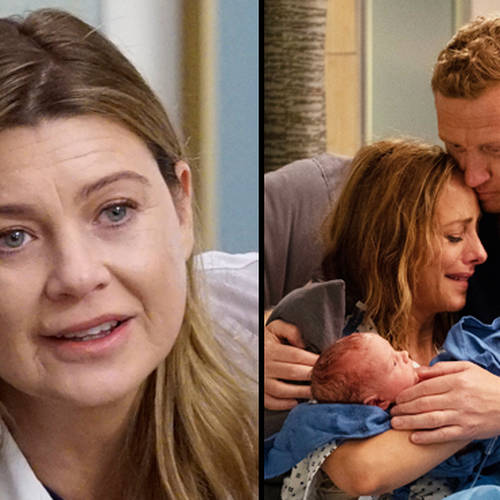 Grey's Anatomy will focus on the coronavirus pandemic in season 17

Here's everything coming to Netflix in May

Kate Walsh hints that she might be returning to Grey's Anatomy

QUIZ: Which Tim Burton film do you actually belong in?

QUIZ: Which One Direction song is secretly about you?