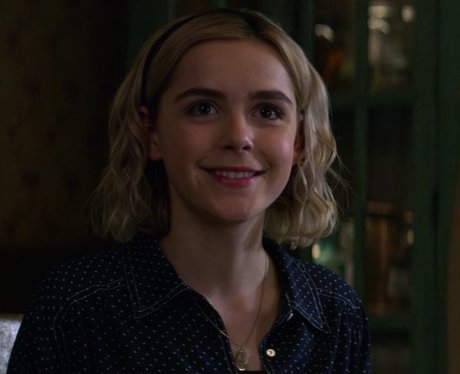 On January 5, 2018, it was announced that Kiernan Shipka would play the role of Sabrina Spellman on Netflix’s much anticipated Sabrina project, 'Chilling Adventures'. Showrunner, Roberto Aguirre-Sacasa said of Kiernan: “We’re all such huge fans of Kiernan’s work that when we started talking about who this new incarnation of Sabrina could be, her name was on everyone’s wish list." Chilling Adventures of Sabrina first aired in October 2018, and ended in December 2020. [Netflix]