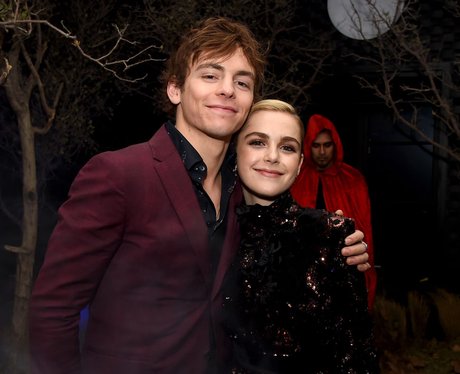 Ross Lynch and Kiernan Shipka are co-stars on Netflix's 'Chilling Adventures of Sabrina'. Ross plays her ex-boyfriend Harvey Kinkle, a mortal who is at first unaware of Sabrina's magical abilities. The pair are close and often share photos of one another on set or behind the scenes on the Netflix project. [Netflix/Kevin Winter]