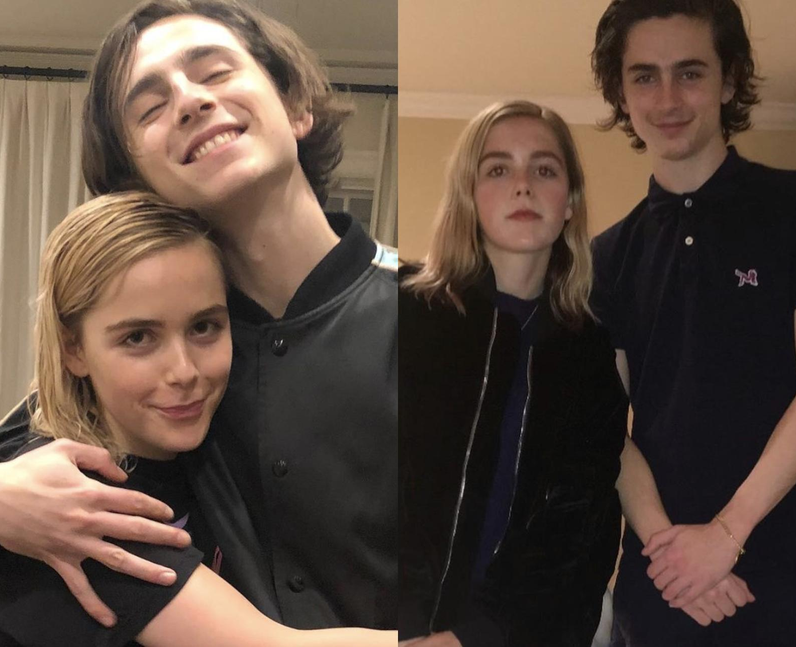 Kiernan Shipka and Timothée Chalamet have been great friends since 2015, when they starred in One & Two together as siblings. Kiernan was 14 and Timothée was 18 at the time. Kiernan has since gone on to describe Timmy as a “brother” and explained to Refinery 29 that he’s almost part of the Shipka family: “My mom drove him to his final audition for Beautiful Boy.” Despite speculation, the two have never dated. [via Instagram]