Kiernan appeared in an episode of 'Unbreakable Kimmy Schmidt'

This image appears in the gallery:
Kiernan Shipka: 13 Facts About The 'Chilling Adventures Of Sabrina' Star You Probably Never Knew 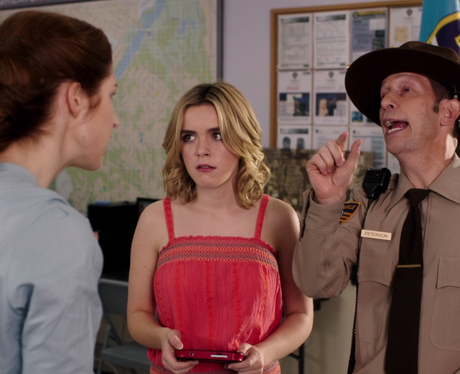 6. Kiernan appeared in an episode of 'Unbreakable Kimmy Schmidt'

Kiernan Shipka appeared in season 1, episode 9 of 'Unbreakable Kimmy Schmidt' ("Kimmy Has a Birthday!") as Kimmy's younger sister, Kymmi. Kymmi (pronounced KEE-ME) is the daughter of Kimmy's mom and the Sheriff who failed to locate her in the bunker. In typical teen fashion, Kymmi is moody and always on her phone. Photo via Netflix

Luke Bracey: 14 facts about the Holidate actor you need to know

QUIZ: Do you belong with Shaggy or Fred from Scooby-Doo?

What time does Ariana Grande release Positions? Here’s when the album comes out in your country