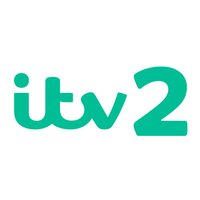 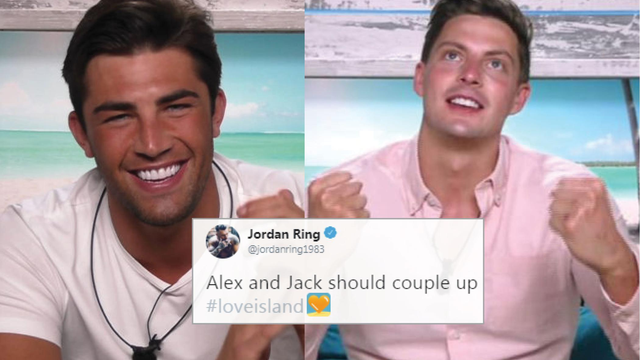 Alex and Jack are the iconic friendship the British public DESERVE.

Love Island 2018 has seen plenty of drama, tense moments, and TV gold in the villa. Everyone has the couple they are rooting for to win the big prize at the end, but one unexpected pairing has captured the internet's heart.

Jack and Alex may seem like unlikely friends at first, but they've proven themselves to be the bromance the British public needs deserves.

Jack promising Alex that they'd be friends for life was A MOMENT.

I love yous were exchanged, a warm embrace, and wistful plans for the future. If that's not a bromance for the ages, I don't know what is.

Jack referring to Alex as a "peng sort". Now THAT is a friend.

alex talking about jack and saying the words “ a peng sort” has my heart have a big whooOoOsh #LoveIsland pic.twitter.com/oc4VHfzGDm

Jack talks about Alex the way you talk about your best friend who you've known since year 8. They're a peng sort and deserve the world.

WE LOVE A HYPE MAN.

Admit it, any time Jack and Alex interact your heart melts.

I’m here for the jack and Alex bromance #loveisland pic.twitter.com/SdPtrQTTR5

Is there a possibility of a spin-off where Jack, Alex, and Dani move in together after the villa and have hilarious heart to hearts?

jack and alex's heart to heart??? i didnt ask for an episode of feelings #loveisland pic.twitter.com/SxdF09YrL5

We all know that Alex has had a bit of a bumpy ride in the villa and seeing Jack and Dani give him advice on Ellie was EVERYTHING.

Look at them, rooting for each other's happiness. LEGENDS ONLY.

We love Dani but Jack and Alex coupling up wouldn't be a bad idea, actually.

Alex and Jack should couple up #loveisland

We have no idea who will win Love Island 2018 but it's clear that the internet wants Alex and Jack to emerge as the Love Island Bromance winners. The prize? Oh, just an eternity of happiness, great advice, and rewarding friendships.

'Love Island' is on every night at 9pm on ITV2. Catch up on all the action from the villa on the ITV Hub.