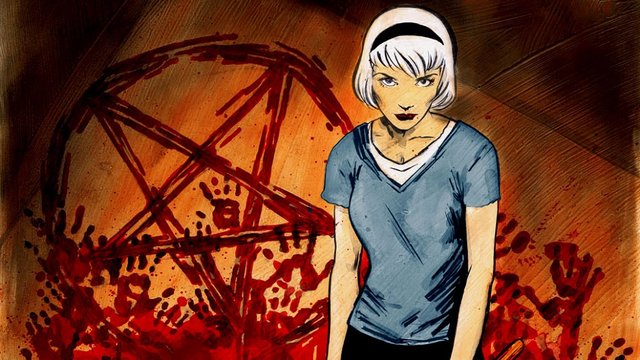 Netflix's upcoming Sabrina reboot, 'Chilling Adventures of Sabrina' is set to begin filming in February 2018. You know what that means. Casting is officially underway as producers search for an actress to fill the lead role.

They're not just looking for a Sabrina, though. They need to find a Hilda, Zelda, and Ambrose Spellman to complete the main cast. So, who are they looking to cast for each of these characters?

That Hashtag Show obtained detailed character descriptions for the upcoming show and they all sound SO exciting.

Sabrina Spellman
"Female, Open ethnicity, legal 18 or 18+ to play 16. Sabrina is an empowered young woman, half-human, half-witch, struggling to reconcile her dual natures. She is just beginning her dark education as a sorceress, even as she tries to maintain some semblance of a normal life as a sophomore at Baxter High. Sabrina’s intelligent, compassionate, and brave to the point of recklessness. She challenges witch-doctrine at every turn. She is fiercely loyal to her family and friends; wickedly funny, and in the middle of a star-crossed romance with her classmate Harvey Kinkle. Sabrina is all that stands between us and the Forces of Darkness that threaten our world. SERIES LEAD."

Hilda Spellman
"Female, late 30s to early 40s, All Ethnicities. Hilda is the kinder of the Spellman sisters who are raising Sabrina, though her nurturing nature belies a more ruthless side. She is a healer, a potion-maker, sweet-as-pie until you cross her or anyone she leaves. Operating the local funeral home, the sisters hide their witchery from the world while teaching Sabrina spells and incantations at home…ASP SERIES REGULAR"

Zelda Spellman
"Female, late 30s to early 40s, All Ethnicities. Zelda is the harsher of the Spellman sisters who helped raise Sabrina, though her sternness and tough facade might be hiding a more…mothering soul. Unlike Hilda, Zelda claims that she has never known love—her devotion to the Dark Lord is all-consuming—which is why people looking for a love-potion go to Hilda; those looking to make a spite-jar go to Zelda…ASP SERIES REGULAR"

Ambrose Spellman
"Male, early 20s, African American or East Indian, British. Ambrose is Sabrina’s “cousin” and a necromancer. He is witty, puckish, pan-sexual—and loves being a witch. Trapped in the funeral home due to a binding spell, Ambrose lives in the mortuary’s attic and acts as one of Sabrina’s partners in crime…10/13 SERIES REGULAR"

via ABC/Sabrina The Teenage Witch

The most interesting thing about these character descriptions is that fans could actually be treated to a racially diverse Spellman clan. With the exception of Ambrose, the main cast descriptions call for "all ethnicities", which could be huge.

If you know the history of Sabrina, you'll know that she has undergone a few changes over the years, but has typically been portrayed as white and blonde. The "all ethnicities" call doesn't necessarily mean Sabrina will be a different ethnicity, but the Chilling Adventures series is definitely a departure from the previous iterations of Sabrina.