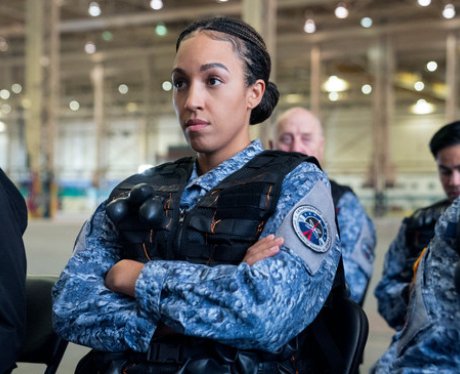 Angela Ali, an ambitious helicopter pilot in Space Force is played by Tawny Newsome. Tawny is most known for playing Chelsea Leight-Leigh on Bajillion Dollar Propertie$ and co-hosting the podcast Yo, Is This Racist? She is also a singer in the band Four Lost Souls.