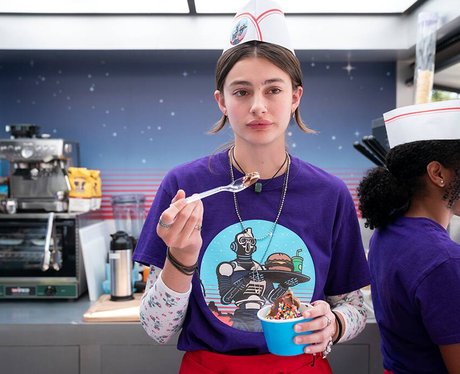 Diana Silvers plays Steve Carrell's daughter Erin Naird in Space Force, a teen who is forced to leave her cool life in Washington behind to help her dad launch the Space Force. Diana is most known for playing Hope in the 2019 coming-of-age comedy Booksmart.