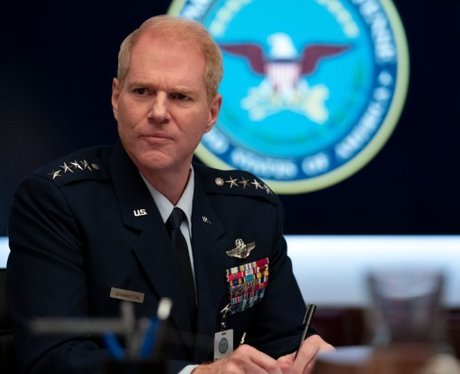 Kick heads up the United States Air Force and feels that Space Force should also be under his control, and is the rival of Steve Carrell's character. Kick Grabaston is played by Noah Emmerich, known for The Truman Show.