People Are Turning Hannah Baker's Tapes Into Musical.ly Videos And The Internet Is Not Here For It 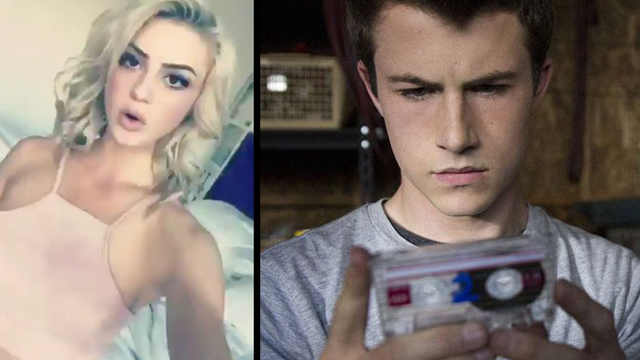 I would formally like to invite these people to chill.

We all express our appreciation for things in different ways. Some people might make fan art when they love a show. Others might make compilation videos of their favourite artist's interviews. It's totally normal to show an interest in popular culture through creative expression.

13 Reasons Why has captured the imaginations of a lot of young people, but that appreciation for Netflix's newest hit has given birth to a new phenomenon.

It's musical.ly meets 13 Reasons Why and, ya'll, I don't know about this one.

I know damn well they don't have this quote from #13ReasonsWhy as a thing you can mimic on musically ..I hate y'all pic.twitter.com/JhHuZbGORO

13 reasons why i hate musically pic.twitter.com/jqyDM89VMQ

I cannot stress enough that these are kids, so we won't go all the way in on them. But this is...not good.

People are pointing out that the spirit of the show just wasn't meant to be turned into a corny musical.ly video.

Are people really making musically's using scenes from 13 reasons why...the show was meant to educate not to be used for entertainment

The kids are turning Hannah's explanation of why she ended her own life into that arm flailing, camera flipping, cringe-inducing musical.ly nonesense and it feels bad, man.

But again, these are kids so the only thing to do is let them know that it's not a good look.

Suicide is such a hard topic to have an open discussion about. 13 Reasons Why has started a conversation that we all need to extend to the people in our lives. 13 Reasons Why feels somber to talk about, but seeing people mouth the lines to a suicide note (albeit a fictional one) is Bad Content™.