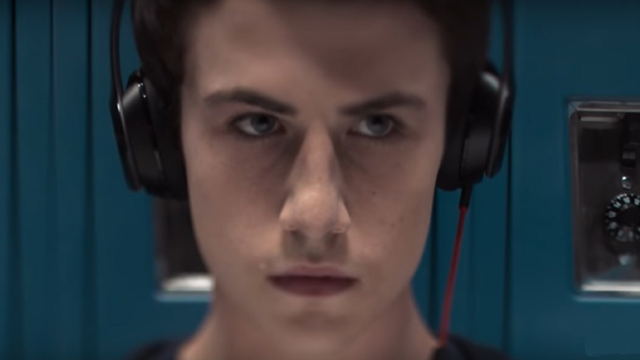 Unless there's an adult present... that is.

There's been a big old debate going on around the internet recently regarding the content of Netflix's new show 13 Reasons Why and it's really splitting people's opinion.

On one side of the fence, people have embraced the sensitive subjects of the show and are urging teens to watch it to raise awareness but on the other side? There's been quite a bit of commentary from mental health organisations calling the show out for containing "dangerous content" and now there's a bunch of schools that are warning parents about letting their children watch the series.

Sadly, the country of New Zealand is on the latter mentioned side of said fence. The show has just received a brand new rating in the country which now prohibits teens under the age of 18 from watching the show... unless there's a parent or adult present.

Due to the heavy topics presented in the series, New Zealand's Office of Film and Literature Classification has placed a viewing restriction on the show because they believe the content could have a detrimental effect on young impressionable teens.

"New Zealand has one of the highest youth suicide rates in the OECD, and mental health advocates are extremely concerned about the effect 13 Reasons Why could have on the teenagers around the country who are binge watching it at just this moment."

Many people have spoken out about the damaging effect the show has had on their personal mental health and have urged others to think twice before consuming what could be quite triggering content.

The classification office also claims that the show neglects to establish a difference between "the relationship between suicide and the mental illness that often accompanies it. People often commit suicide because they are unwell, not simply because people have been cruel to them," and also calls them out for not doing enough to "offer any positive examples of appropriate responses to rape disclosures."

Essentially, their main reason for slapping a brand new classification on this "troubling" TV show is so that young people who are not quite able to successfully break down and navigate the situations within the series can openly discuss and straighten out the intricate storylines with an adult instead of consuming it as a very fatalistic depiction.

Do you agree with the age restriction? Or do you think it's all a bit too much?