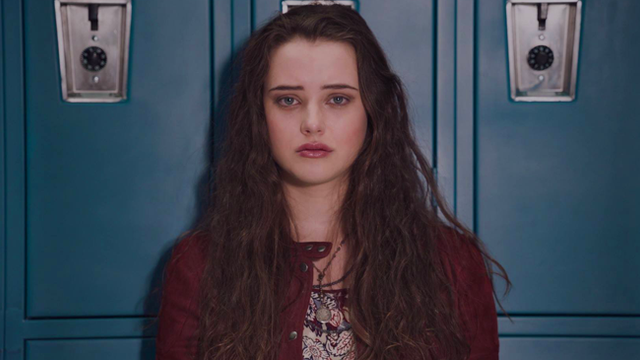 People are urging you to think twice before sharing one of these memes.

Listen, we appreciate a good 13 Reasons Why meme. We've shared enough 'F*ck off Courtney' memes to last a lifetime, but there's one type of meme in particular that seems to be rubbing one half of the fandom the wrong way.

If you've seen the show, you'll know the significance of Hannah Baker's thirteen tapes. Before taking her own life, Hannah leaves behind tapes, detailing who and what was part of the reason she decided to commit suicide. Her story is intricate, thought provoking and sad. But fans have taken that aspect of the show and turned it into a massive meme inspired by the words she utters at the beginning of each tape: "Welcome To Your Tape".

13 reasons why
Chipotle employee: Guac is extra
Hannah: Welcome to your tape

Me: *posts a pic*
Friend: *likes it but doesn't rt it*
Me: welcome to your tape

13 reasons why
Hannah: Can I borrow a pencil?
Kid: Sorry, this is my only one
Hannah: Welcome to your tape

*someone breathes in Hannah's direction*
Hannah: welcome to your tape

Welcome to your tape https://t.co/juAMcd0jjU

Many people believe that these memes are trivialising the very real subject of mental health and suicidal thoughts and that they're completely missing the point of the Netflix drama.

everyone is entitled to their own opinion about #13reasonswhy. be kind to each other. just please dont make ''welcome to your tape'' jokes..

I'm sorry guys but these "welcome to your tape" memes and statements are insensitive and offensive. We really shouldn't take MH as a joke

@netflix this isn't funny??? please tell me "welcome to your tape" isn't going to be a meme please stop trivializing suicidal thoughts.

Hannah's story is not as simple or trivial as getting upset and dramatic over someone telling you something you don't want to hear. People are pointing out that these kind of things build up over time and in some cases, it COULD be something as small and meaningless (to you) as an offhand comment that may persuade someone suffering from suicidal thoughts to take it a step further.

What do you think? Are they a bit distasteful or are people getting too offended over nothing?