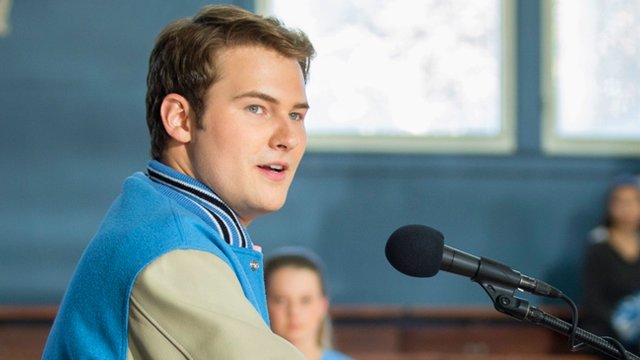 As you probably already know, last week 13 Reasons Why announced that it was adding seven new characters. And now, they’ve also announced two more characters which could mean we’re about to find out a lot more about Bryce in Season 2.

Bryce is pretty much the worst of the worst. Despite his outwardly charming nature, Bryce is violent and has very little regard for others. He rapes both Jessica and Hannah, which in turn, leads Hannah down the path of suicide. He also beats the hell out of Clay when he attempts to get him to confess to his crimes.

What we don’t see is Bryce’s family life. In fact, we never see any of his family in his luxurious home where him and his friends hang most days. Well that’s about to change in series 2 as the show have added two new characters, Bryce Walker's mum and dad.

As Seventeen.com reported, Justin Prentice, who plays Bryce, previously revealed that he worked with the series creator Brain Yorkey to flesh out Bryce’s family history and personal life. “Perhaps Bryce’s father is similar, if not worse”, he said back in April. “A lot of [the back story] was about the father – the father figure being very similar to Bryce, and that’s where he gets a lot of his pointers.”

"Perhaps Bryce's father is similar, if not worse," Justin said. "A lot of [the back story] was about the father — the father figure being very similar to Bryce, and that's where he gets a lot of his pointers from.”

It sounds like we’re about to learn a lot about how Bryce's parents have shaped the character we see on screen and, to be honest, we're kinda freaking out about it about how this will turn out. Let's just say we have A LOT of questions.