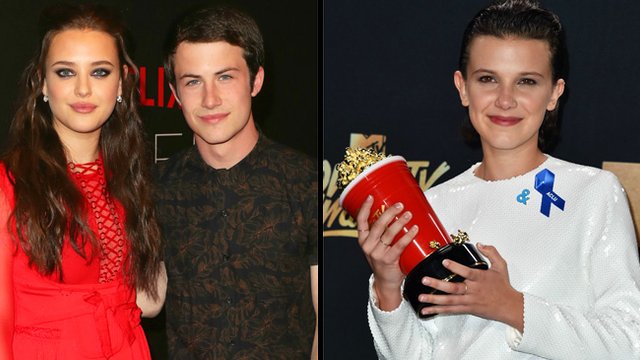 This is too much!

While we love watching awards shows for the fabulous looks and the overly-emotional speeches, nothing quite beats the sensation of seeing two of your faves bumping into each other on the red carpet or backstage. And so you can probably guess how excited we were when the cast of 13 Reasons Why met the Stranger Things cast at the MTV Movie & TV awards last night (7 May).

The first glimpse we had of the now-iconic meeting was when Millie Bobby Brown and Katherine Langford were introduced to each other backstage. Millie became a worldwide sensation for her portrayal of the bald-headed, eggo waffle-loving Eleven in Stranger Things, while Katherine Langford is quickly becoming a household name for her heartbreaking performance as Hannah Baker on Netflix's new smash 13 Reasons Why. And from the looks of things in this behind-the-scenes clip, the two queens of Netflix got along famously.

Then they met again later in the evening when Katherine and the rest of the 13 Reasons Why cast announced Millie and the Stranger Things co-stars as the winners of the Best Show award. Check out the super cute moment below.