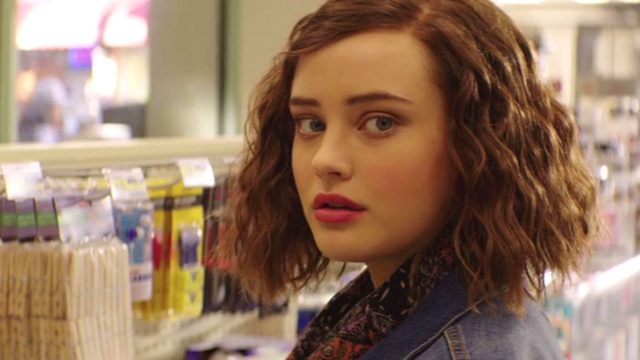 The stats are kind of heartbreaking.

It's been well documented over the past few months that 13 Reasons Why may have caused a bit more controversy than it intended to. Teenagers in New Zealand have been banned from watching it, it's been criticised by various mental health charities and it's even been reported that two school children attempted to take their own lives after watching it.

Now, a new study carried out by JAMA Internal Medicine has emerged that found an alarming spike in suicide related Google searches since the release of 13 Reasons Why on Netflix.

19 days after the series dropped, searches around the word "suicide" including "suicide methods" and "prevention" saw a significant increase. In fact, the study noticed an increase of 900,000 to 1.5 million searches surrounding the subjects.

The phrases "how to commit suicide" and "how to kill yourself" saw an increase of between 26% and 18% while on the more positive side of things, "suicide hotline number" and "suicide prevention" saw an average 21% increase. People searching the term "teen suicide" also increased by 34%.

While the study concluded that it was fairly unclear if this particular rise in searches about the act correlated with ACTUAL suicides, it's been noted that “media coverage of suicides concur with increased suicide attempts, and searches for precise suicide methods increased after the series’ release.”

Of course, the problem many people had with 13 Reasons Why was that the show offered no positive solution to Hannah Baker's mental health - leaving impressional viewers to take her actions as the be all and end all of her situation. The writers of the show have stood by their decision to show the graphic scenes saying that it highlights the stark reality behind some of these situations and doesn't sugar coat anything.

The show also drew criticism for its lack of trigger warnings when it was first released. After thousands of complaints, Netflix added them at the start of every episode a few weeks later.

While the show has admittedly blown the conversation of depression and suicide wide open with teens who are now engaging with their parents, teachers and friends about their struggles, people are now asking whether the show and its depiction of Hannah Baker's story was even worth it considering the worrying trend that the study has shown.

What do you think about the whole thing? Let us know on Facebook.