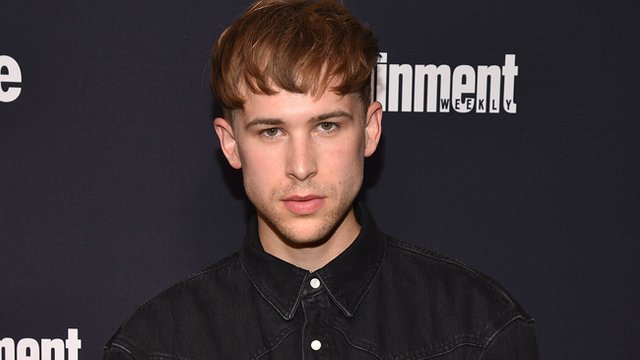 "The older I got, the meaner my peers got, and eventually I broke"

13 Reasons Why sparked a huge debate about bullying in schools when it was released back in March. For all the criticism the show received about its graphic depictions of suicide and rape, on a personal level, I always felt the show balanced that out by creating a storyline which shined a light on different types of bullying and the effects that it can have on a person. For me, the show made you want to be a kinder and more empathic person, which is surely a good thing.

Which is why it's so important to hear the cast of 13RW talk about bullying. Many of the cast have since spoken about their own experiences, including Brandon Flynn (Justin), Alisha Boe (Jessica) and Justin Prentice (Bryce), and now Tommy Dorfman (Ryan) has opened up about his own struggles with bullying in a personal essay for PopSugar.

The essay is mostly about the importance of pride but for Tommy, this is informed by his experience of coming out as gay as a teenager. Here's some of the best bits:

On being the "weird kid" at school:

"I wore (mostly) girls' clothes, because I preferred girls' clothes. I was obsessive about dressing like the Spice Girls, which meant bell-bottoms, tube tops, and platform shoes. I had shaggy hair and my nails were always painted. As I grew older, and thanks in part to years of bullying, I became self-conscious about not fitting in. The older I got, the meaner my peers got, and eventually I broke. I was sick of getting sh*t for being different, so I laid to rest all of the quirks and queer tendencies and worked on blending in. I wore my older brother's clothes: baggy pants from PacSun, boxers, AirWalk skate shoes. Everything four sizes too big. It felt heavy. It became drag for me, a part to play to survive from grades five through nine."

On falling in love with a boy for the first time:

"In the Spring of my freshman year in high school, sitting in rehearsals for Urinetown: The Musical, I fell in love with a guy for the first time. His name was Will; he had the voice of an angel and helped me come out. At that point, I was the only out gay kid in my grade, but he made me feel less alone in school."

On coming out to people at school:

"I simply changed my Facebook info. I enjoyed hearing whispers in the hallway about it, an undercurrent of gossip from my peers. Instead of verbal confirmation, I used clothing and mannerisms attached to stereotypes of how I thought gay people were meant to act and dress. Overnight, I became as G-A-Y as possible. It was liberating. In an instant, I realized I could be anything I wanted, and for the rest of those very formative years, I wore many different hats."

On stumbling across his first pride:

"The first time I went to Gay Pride was by accident. I was rehearsing a play at a small, run-down theater on Christopher Street. I stepped out on one of my breaks and found myself in the middle of the parade. I took those breaks as opportunities to observe, from the sidelines, the wonder that is Pride, in all of its messy, beautiful glory. I saw it as an opportunity for all facets of the LGBTQ+ community to come together, allies in tow, and march in support of each other, our ancestors, our future."

There is no right or wrong of 'coming out'. You've got to do what's right for you. But we hope Tommy's story gets told far and wide because it's a great example of how finding strength in yourself is the most empowering thing you can do to overcome the challenges in being young and LGBTQ.