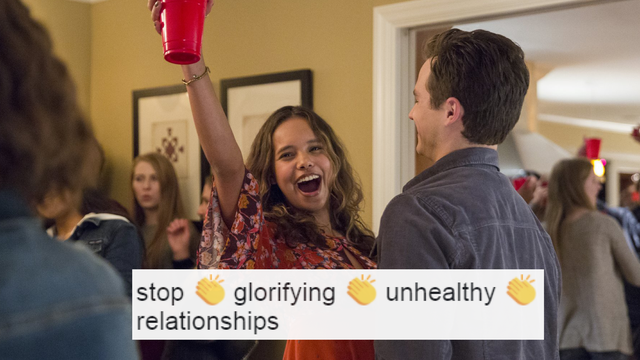 People think this tweet about Jessica and Justin was wild and weird.

13 Reasons Why gave viewers a lot to consider. Beyond the themes of isolation, mental illness, and bullying, the show also put some emphasis on the nature of complicated relationships. Jessica and Justin's relationship on 13 Reasons Why was obviously a hard one to watch, considering the pair kept dangerous secrets from their friends and each other.

For this reason, you don't usually see people praising Jessica and Justin's relationship. It was a toxic coupling that should have ended sooner.

That's why, when the official 13 Reasons Why twitter account tweeted a picture of the pair and captioned it with "always", people were NOT into it. 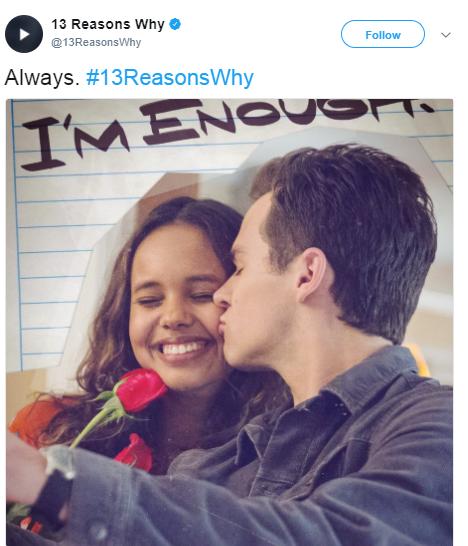 13 Reasons Why is a pretty somber show, so we get why the intern who tweeted this felt the need to keep it brief. Unfortunately, it's going to require more than 140 characters to defend how Justin treated Jessica.

Plenty were quick to point out that this was actually a super toxic relationship. 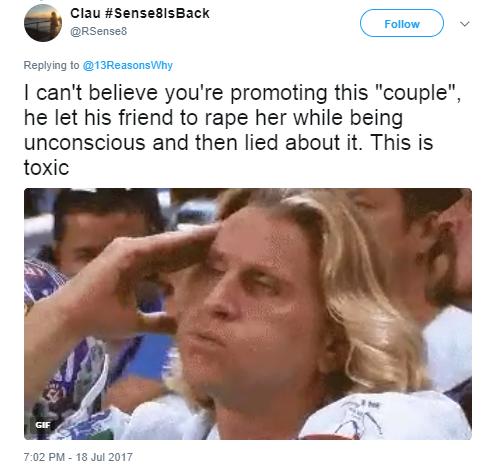 People also reminded them why this was not an "always" type of couple.

But, mostly, people were not down with the account actually glamorizing this Jessica and Justin's relationship. 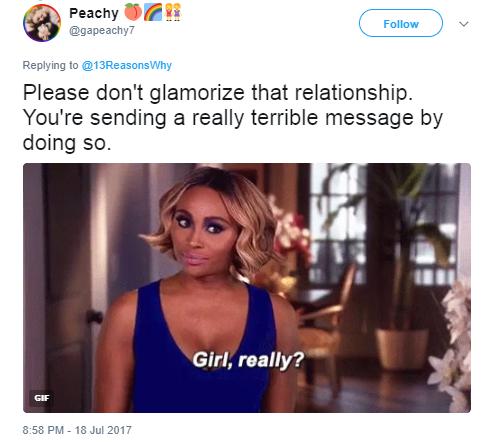 Justin may not have been the devil, but his cowardice and lies drove Jessica to abuse drugs and alcohol. He ran away when Jessica needed him most and didn't tell the truth because his rich friend bought him a pair of shoes.

This is, quite literally, the opposite of goals. If Jessica was your friend, you would tell her to dump him and keep it moving.