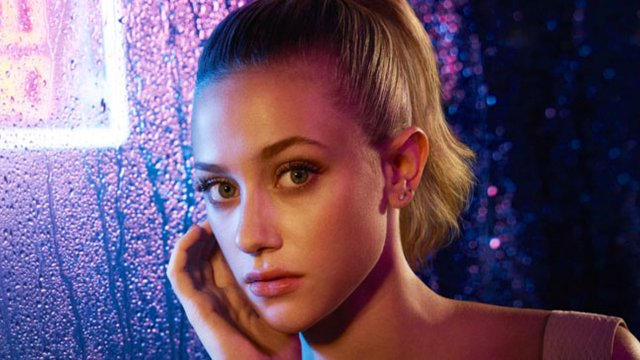 "Just going to nip that in the bud"

Now that the cast of Riverdale are filming Season 2, fans are desperately trying to find out whether any of the many, many fan theories out there are going to come true.

One of the more popular theories is that Riverdale will be going full-Supernatural on our asses and be taken over by zombies and werewolves. Nobody from the Riverdale crew has confirmed or denied this theory which led many to believe it might actually be happening...until last night.

As you might have seen already, Lili Reinhart posted a cryptic picture of a scene from the original Archie comics in which her character Betty stands over Jughead, who is pleading with Betty to "think about this man". It kinda looks like she's beaten seven shades of shit out him and she's about to finish him off.

Seventeen magazine covered the post and used a bit of poetic licence to theorise that Lili was indicating that Betty will be turning into a werewolf. Turns out, that's just not true. It didn't take Lili long to shut down the theory on her Twitter.

Season 2 does NOT involve werewolves. Just going to nip that in the bud. https://t.co/2M3dfC2NPE

"Season 2 does NOT involve werewolves. Just going to nip that in the bud." Well that sounds pretty categorical, doesn't it?

So why did Lili post that specific Archie comic strip in the first place?

Well, if we were to guess (and it is just a complete guess) we don't think Betty has actually hurt Jughead in this scene (although everyone needs to be extra cautious when Dark Betty is in town). To us, it looks like Jughead might have crashed through the door of his own (FP's) home. Perhaps he was drunk at the time and Betty is tired of his shit and she's giving him an ultimatum: sort your life out or I'm leaving you, hence the 'think about it' line from Jughead.

What we know for certain is that Betty loves Jughead and wouldn't do anything to hurt him. And it's entirely possible that Jughead, under the stress of being sent to a new school on the rough side of town and his dad being in prison, has fallen in with the wrong crowd turned to drinking to numb the pain. Still, whatever the reason for Lili posting that comic, it doesn't look good for Bughead.

Think you've got a better theory? Let us know!