The Original Theme Of "AHS: Hotel" Just Got Revealed And FFS, It Would've Been Amazing 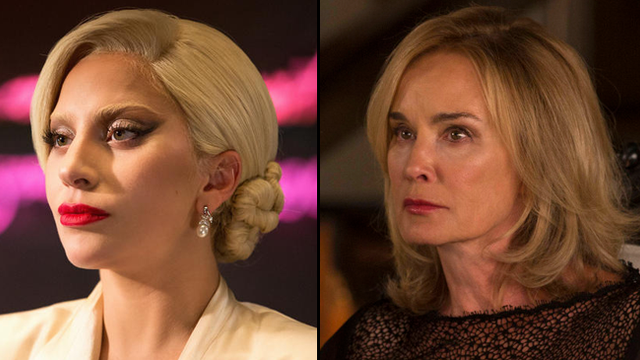 FUN FACT: Season five was not originally set in a Hotel.

If you're one of the many that think Hotel is quite possibly the worst season of American Horror Story, 1) you're not alone and 2) we've got some news that you're gonna be both hyped and so annoyed about.

In an interview with The Daily Beast, Matt Bomer revealed that he had initially signed onto AHS5 thinking it would be about the Civil War starring Jessica Lange, who of course, we all know quit the show when Freak Show ended.

According to various AHS fan accounts on Twitter, there were several clues seen throughout Freak Show that pointed to a Civil War-themed season too. Now, to be fair, Murphy did reveal that there was one clue that pointed to Hotel - the infamously low-key 'Top Hat' clue but it seems like that could have also been a nod to the President during the Civil War.

Clues in Freakshow about 5 being Civil War

CIVIL WAR?! With Jessica Lange?! Well then! We wonder if we'll ever get to revisit the world of AHS: Civil War in the future? Someone @ Jessica and tell her we need her back IMMEDIATELY.