There's A Set Of "AHS: Coven" Dolls And You're Gonna Want Them ALL 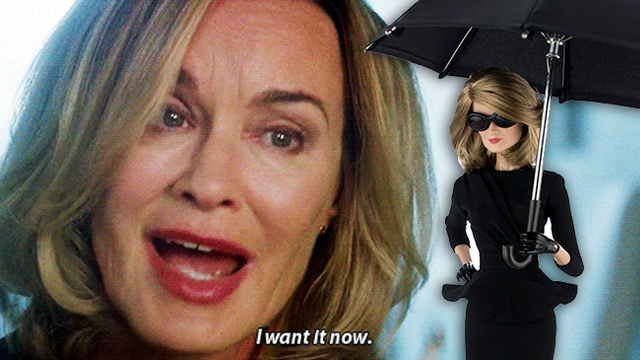 Sign us up for bankruptcy, we'll take all of them.

You're probably wondering... "Why are they releasing a line of dolls for a show that aired in 2013?" And you know what, we feel exactly the same way. But thanks to the recent revelation that Coven is more than likely going to be returning for it's own second season, we couldn't care less. It's been a while since we had Fiona Goode and Marie Laveau in our lives!

The collection includes six characters from the third season of the anthology: The Supreme herself, Fiona Goode, Marie Laveau, Myrtle Snow, Kyle Spencer, Zoe Benson and Madison Montgomery. Sadly there's no Papa Legba, Misty Day or Queenie in sight but we can probably cope with that... for now.

Each doll is limited edition and the price is likely to be around $130 or £105. Sign us up for bankruptcy, we'll take all six.

And there's a Marie Laveau who looks so much like Angela Bassett we could scream.

And how about having your own little voodoo Kyle Spencer that fits perfect in your coat pocket?

If ya want one, you can get your hands on them right here.

Which other AHS season would you wanna see turned into dolls? We wouldn't mind our own James March Hotel doll tbh. Just sayin'...