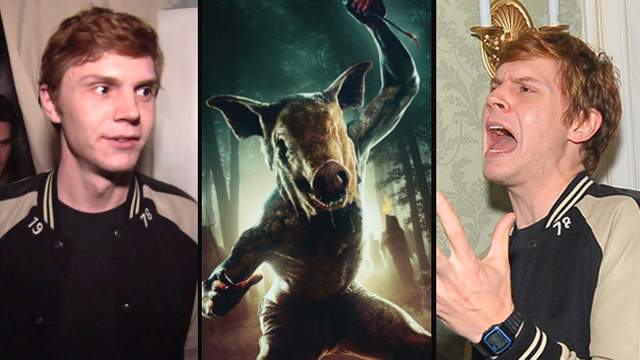 If Evan needs a hand to hold, I volunteer as tribute.

Grab your American Horror Story loving bestie and start practising your Sarah Paulson level screams because we're going to Hollywood, kids! Remember last year when Universal Studios opened an AHS themed horror maze? Well, they're doing it again but this time, everyone will be taking a wild trip to Roanoke.

This year's maze will take its subjects through the dark and mysterious forest paths of Roanoke. They'll come face to face with the terrifying Polk family and of course, the iconic Butcher.

No doubt there'll be stops on the way where you'll be able to catch a glimpse inside Matt and Shelby's humble abode, run through the underground tunnels without a torch and take a dip in the creepiest hot tub we've ever laid our eyes on.

Here's hoping there's no run ins with the guy in the pig mask and those two murderous nurses, ay? Oh my god, and Scathach herself.

American Horror Story: Roanoke opens at Universal's Halloween Horror Nights on September 15. We'll pay for the flights, you pay for the accommodation? Perfect, meet you there.