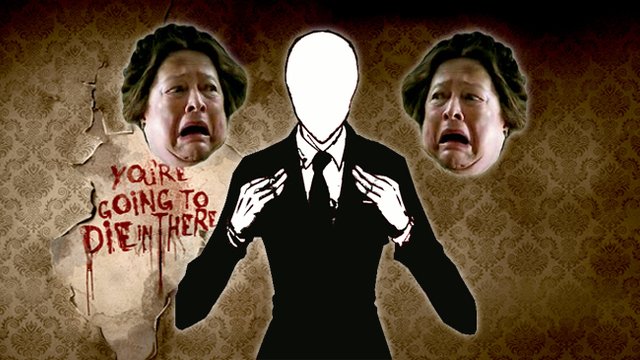 MAN YOUR BATTLE STATIONS EVERYONE for we might have just heard the first real clue about American Horror Story Season 6!

US Weekly has reported that the next instalment of Ryan Murphy's nightmare on wheels is due to be about the infamous internet meme, Slenderman. You know the one... the tall, thin man wearing a black suit without a face who started as a meme in 2009. Nightmare fuel.

A source (probably Jessica Lange fixing to leak some info) told the magazine that “someone else wrote the script, and AHS wants to adapt it to fit the show. They have to buy the rights. Then they’re going to figure out the cast from there.”

Dear Ryan Murphy, Our Ideas For The Next Season of American Horror Story are AMAZING

These "American Horror Story" Questions Are Painfully Hard To Answer

Now then... if you're as clued up as us, you'll know that that sounds like delicious TRASH. As we all know, the writers wouldn't 'buy the rights' to an external script so NICE TRY, SWEETIE. And also, Ryan Murphy and his merry band of life ruiners know exactly what's happening next and have already left obscure clues to S6 in every corner of Hotel Cortez to torture us until the official reveal.

If you think about it, taking American Horror Story 'online' and focusing on real life modern day internet myths might be a step in the right direction 'cause the dark side of the online world is possibly one of the scariest places in existence, tbh. There's a lot of historical conspiracy theories on Slenderman's origins too, which definitely fits into the first confirmed piece of info we have about Season 6's split timeline.

Mind you, if this rumour is true then a series that explores online urban legends (something that already crossed our minds... Number 24 on this list. Go read it.) would be AMAZINGGG - think BLAIR WITCH x PERISCOPE! And if it does just solely focus on Slenderman and internet loving tweens, then those references the Thacher school, in particular, would prove that we're not just being paranoid about Murphy's misleading trail of crumbs.

So what's your verdict, kids? Who would play Slenderman? (Jessica Lange, obvz) Are you still hung up on AHS: Space? (Let it go...)

LEAVE A COMMENT, TALK TO US ABOUT YOUR THEORIES. 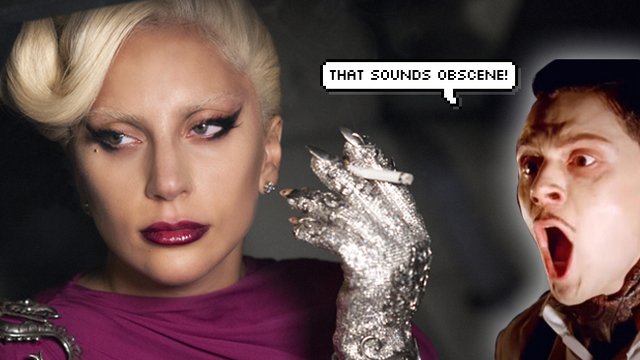 American Horror Story Finale: 56 OBSCENE Thoughts We ALL Had